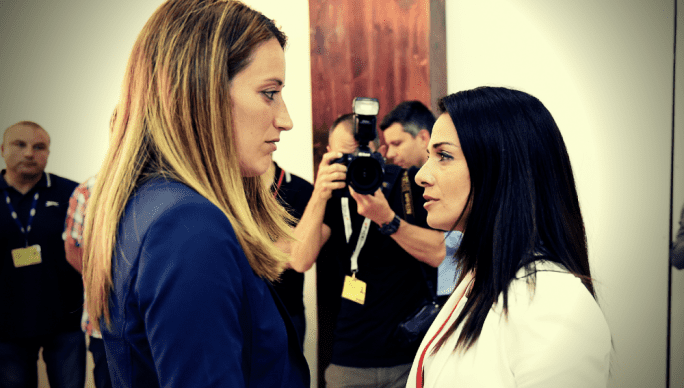 An appeals court told Arnold Cassola today he has every right to argue in front of a lower court why the new rules ensuring women are better represented in Parliament are against the Constitution.

This needs some background because the last thing Arnold Cassola is arguing is that there shouldn’t be more women in Parliament. Things tend to get lost in the technicality of it all, and, sometimes we need the time to understand the details of things to comprehend the bigger picture.

First things first. Women are grotesquely under-represented in our Parliament. Always have been. As the presence, influence, and power of women in Maltese society grows, their absurd under-representation in Parliament is even more out of touch with life outside it. On a national level, in an MEP election, Maltese voters don’t mind voting for women. On the contrary, women in the last election did better than men. Which is good and right.

On a district level, things are different. In villages and towns, society remains male-dominated. Social clubs like każini remain the realm of men. Gregarious, funeral-going, festa-sponsoring, village-square-based professionals – GPs, local lawyers, and so on – tend to be men. Incumbency of candidates makes it harder for new candidates (women or men, but especially women) to replace old-timers who are better established in village life.

So, positive discrimination in order to get more women elected is eminently justified, nay, essential if our Parliament is to represent our society, rather than just the men.

The Constitutional amendment introduced during the last Parliament claims to aim to provide such a positive discrimination. Before I speak about why it may not do so as effectively as other possible ways, I want to describe how it works. And before I describe how it works I want to explain how Parliamentary seats are allocated in the first place. Bear with me, you need to know how it works to understand how the new pro-women law changes it.

Allocating seats is a 4-step process.

Step 1 is to determine how many first preference votes (wannijiet) each party obtained. If only two parties are elected to Parliament, the party with more votes will be guaranteed more seats to be able to govern securely.

Step 2 is to elect MPs according to the Single Transferable Vote. You know the drill. The candidates who obtain more than a 6th of all votes in their district are elected. After that the next preferences expressed by voters (2, 3, 4, and so on) are looked at until 5 MPs are elected from each district. That result may produce more MPs for the party that loses the election than for the party that wins it. And it invariably will elect far more men than women.

Step 3 adjusts the imbalance between Steps 1 and 2 if there are any. That’s the imbalance between parties, not between genders. If the proportion of seats allocated to the two parties does not reflect the proportion of votes obtained in the ballot, the Electoral Commission will adjust the ratio by declaring elected those candidates from the respective parties that were closest to being elected but weren’t.

Step 4 happens after those MPs elected from more than one district renounce one of the two seats they have won, because one bum can only sit on one seat as it were. Casual elections are held for the seats they vacate to elect more MPs from among candidates of the same party of the MP renouncing the seat.

Those 4 steps are the way Parliaments have been chosen so far.

The pro-women amendment changes none of that. What happens is it introduces a test after Step 4 which is whether there is a gender imbalance in Parliament as it is finally composed. Do women (or, though unlikely, men) form less than 40% of the chamber?

Almost certainly, and judging by all past elections, the answer is likely to be yes. Then a new Step 5 kicks in. Let us, for practicality, assume less than 40% of Parliament after step 4 are women. Then each side of Parliament will be allocated up to 6 extra seats for women candidates who were nearest to getting elected (but weren’t).

6 seats each (12 in all) is the maximum allocation. It can be less if the newly allocated seats for women together with the women already elected on their own steam amount to more than 40%. If not, we risk creating an imbalance in the opposite direction.

What’s Arnold Cassola’s problem with this? He can explain it for himself and my emphasis is likely to be different from his. But my first response would be that the amendment reduces the freedom electors have to choose their representatives and gives more power to parties to make that choice for them instead.

And not just any parties. The additional influence on the outcome of the election is given exclusively to the two big parties because, you must remember, all this only happens if, and only if, only two parties make it to Parliament.

So, Arnold Cassola argues, this prevents him from running for a party which is neither the PL nor the PN and associate with women because a woman who wants to make it to Parliament has now been given yet another reason to choose associating with no one but the two main parties. There’s obviously the fact that small parties struggle to get enough votes to make it to Parliament. Since Independence they never managed. On top of that huge barrier, the corrective measure provided for in these Constitutional amendments adds the additional barrier that the measures are only available to women who run on the PL’s and the PN’s tickets and to no other women at all.

There’s another point to be made here which is that a woman who obtains a handful of votes on a ballot sheet where she’s listed with PL and PN has a greater chance of being elected than if Arnold Cassola acquires even slightly less than a 6th of all votes in his district. I mention Arnold Cassola because the complaint in court is his. This is true of any man running on a district who finds himself skipped over by a woman who was the choice of far less voters than he had been.

Isn’t that what positive discrimination is about? Isn’t it about changing the rules of the election game to compensate for the unfair rules of real life where women operate under an unfair advantage? Yes, I would agree with that.

Arnold Cassola, however, having been frustrated by an earlier court who told him he had no right to argue against the Constitutional amendment because he wasn’t its victim, has now been told he is indeed a potential victim (I’m simplifying here) and will be able to argue the amendments are unlawful.

If he wins that argument and the court finds he’s right, the seats allocated to women with this adjustment mechanism would be in doubt, maybe even struck down. That would be a serious blow, a push back on the halting, difficult march of women for their political rights in Malta.

So, what do you do? How do you reconcile the Constitutional principle that people get the MPs they choose and the eminent objective of ensuring Parliament represents everyone?

You could try adopting measures of positive discrimination that are not unconstitutional. Such as? Well, such as forcing political parties to nominate as many women candidates in the first place as they nominate men. That would be a start that may not have the as quick an effect of ensuring gender balance as the corrective measure in the new law, but would bring about a more sustainable and constitutionally compliant method. It would force a culture change for political parties who would have no choice but to get serious about presenting women with an equal opportunity of being picked by voters as men.

It would force parties to rely less on the local lawyer on the banda committee to mobilise votes and to find instead new leaders, at least half of them women. It would force political parties to give equal space for their women candidates on their media and in their campaigning as they do men. The greater representation of women on the list of candidates would influence the policy-making process. Electoral programs would feature more initiatives that address the perennial injustices women suffer in public and private life because women would have a more leading role in their parties and in greater numbers.

Political parties would have to stop presenting women candidates as a means to attract women voters who are perhaps understandably bored, spooked, or put off by the men presented to them by the parties. Political parties would be forced to their job in a democratic society: to become a force for change for the better, in this specific case a change where women would be formidable vote magnets for men and women voters alike. That’s the culture change we need: a change in the behaviour of voters led by a change in the behaviour of political parties.

The fact is political parties chose the easy way out with this one. I rephrase that, men in politics have chosen the safer way out for themselves. You see, nothing changes between Steps 1 and 4 as listed above which means that the men who hog the seats now are not challenged in any way by a greater representation of women on the ballot sheet. Once the competition is over and their seats are safe, women are then added to the back seat of the bus to make the family album of the Parliamentary composition look more colourful.

Instead of introducing policies that transform the composition of our 65-seat Parliament so that at least 30 of the MPs elected are women, the 65 incumbents (almost all men) have assured for themselves their comfortable re-election, adding 12 extra seats so that their macho incumbency is not disturbed by meaningful social change.

Tokenism is not an appropriate path to equality. On the contrary it creates new issues of legitimacy relegating a cohort of 12 women in Parliament to the implicit status of ‘unrepresentative’, there but for the number but not to be taken politically seriously.

I always hesitated to argue in this way about these amendments mostly because I loathe placing myself in a mansplaining position where I’m telling women why the measures they want and need to readjust the seemingly insurmountable injustices of our politics and our social life are not quite as right as they should be.

If you ask me, as a general rule the women in politics I know are preferable to most if not all of the men.

I bring this up now because the measure that has been adopted is in legal peril for the eminently pertinent reasons brought forward by Arnold Cassola and we risk facing what anyone who wants to see a permanent shift towards full empowerment for women in Malta’s political landscape would absolutely not want to see, 12 women thrown out of Parliament because the law that put them there was illegal in and of itself.

(An earlier version of the article wrongly said that in “Step 3” in the allocation of seats the seats of the winning party are increased to secure a majority. The correct explanation, as it now appears in the text, is that seats are added to either party to ensure the proportionality in Parliament reflects the proportionality of votes obtained by both parties.

An earlier version of the article wrongly claimed the PN’s electoral program makes no specific reference to women.)