In whose hands the keys of heaven 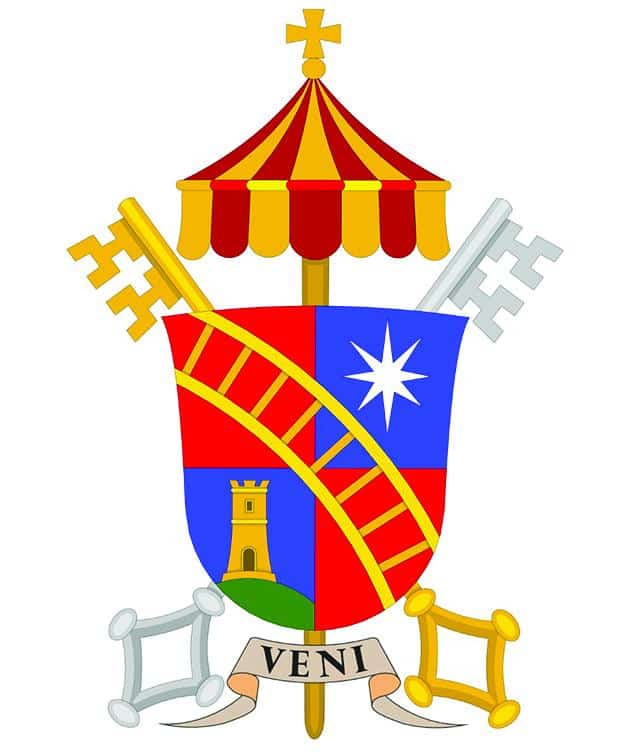 You’ll be right to scoff at me for fussing over something relatively unimportant considering the major issues we must deal with. But it’s my blog and I’ll moan out of all sense of proportion over my own pet peeves if I want to.

Times of Malta reported today that Ta’ Pinu Basilica has a new coat of arms. The escutcheon is mounted on the symbols that are traditional for basilicas since about the 16th century, the umbraculum (that’s the flashy umbrella on top) and the crossed keys of heaven, both heraldic associations with the popes whose grace grants a church the status of a basilica.

The newspaper further reports that the basilica’s coat of arms has been “granted” by the “Chief Herald of Arms of Malta” which is an office of the Republic of Malta housed by the public agency set up under Maltese law, Heritage Malta.

Malta is a republic. It is not the job of the institutions of the republic to “grant” dignities to churches. I would say it should not be the business of a republic to be “granting” dignities to anyone for that matter but if someone’s fetishes had to be rewarded by a government office, the Republic of Malta could at least stop deluding itself that it too, like St Peter, to bind on earth what would be bound in heaven. It’s enough that our politicians act like demigods. All we need is for them to start fancying they can ignore the Planning Authority and build wider roads in the afterlife as well.

It’s not just the Maltese government being silly here. The church too. Ta’ Pinu is a Roman Catholic church which means it is not part of the Maltese state and if the basilica, its diocese, or the conference of bishops within which the church exists, want to refer to a higher authority, the next step up is HQ at the Vatican. Not some pompous, self-important official in a government department.

Both sides are wrong here and both fall short of the dignities of the entities they are supposed to represent.

If a church wants a logo, it doesn’t need the government’s permission to design one. If a church has internal rules and etiquette about how logos (even coats of arms) are designed, they don’t need to ask a government official to approve it.

What business is it of a government agency of Malta to be granting the keys of heaven to anyone?

This is not the end of the world. It’s just amateurism of the first order and frankly quite comical if, like me, you’re a pathological pedant who gets excessively excited about coats of arms, flags, and other nerdy bits.

Previous:On the expiry date of politicians
Next:Abela doesn’t want you to know, but here are some things he got right