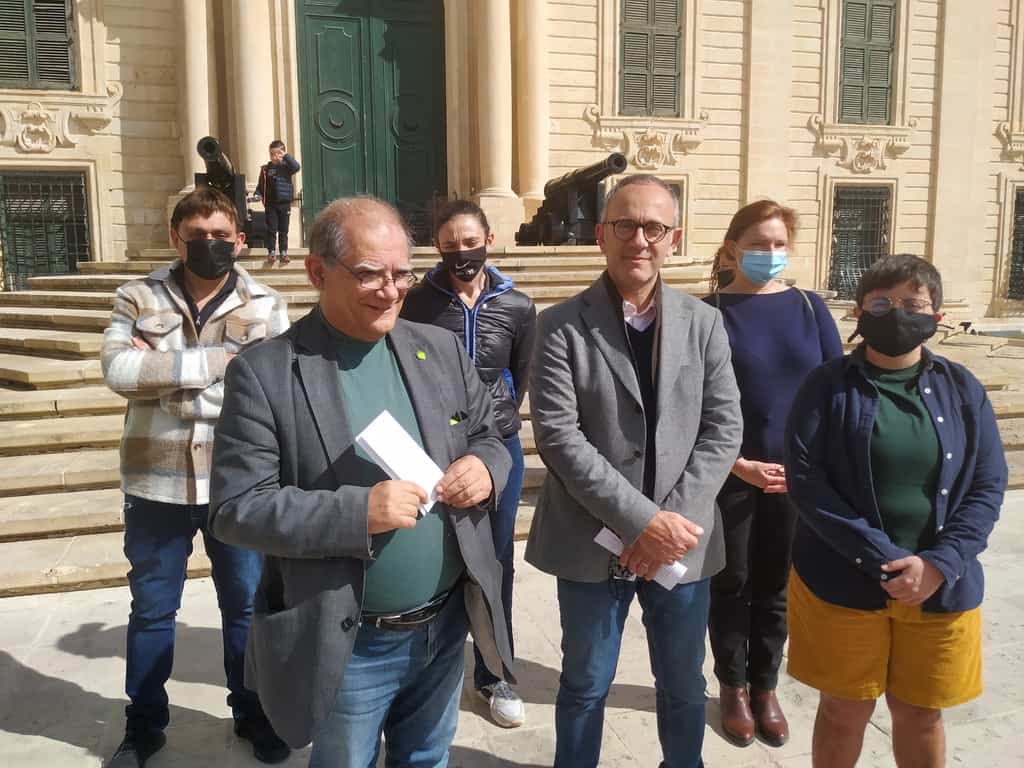 ADPD is pointing out that the number of first preference votes obtained nationwide by its candidates is greater than what the quota to declare a candidate elected on the first count would have been had there been no electoral districts.

That’s because the mathematics of the quota as they are applied are that a candidate is declared elected if they obtain more votes than a sixth of the valid votes cast in the district in which they’re running (which must elect 5 members).

All the ADPD candidates fell far short of their district quota. But, ADPD are pointing out, the allocation of seats in Parliament to the political parties is not worked out on a district basis. Instead, the national first preference votes of the parties are aggregated, and parliamentary seats are distributed proportionately. Then if there is a gap between that ratio and the product of the counting in districts the party that has been disfavoured by the gap is given extra seats that will be assigned by the highest polling unelected candidates on a national basis.

The PN got an extra two seats assigned to it after this election.

ADPD is saying, why not us?

The narrow answer is that our proportional allocation of seats only happens when two parties are elected to Parliament. If a candidate from a third party is elected, the whole proportionality thing is scrapped, and we go back to default with seats assigned on an individual basis to candidates elected by the last count. I’m not saying that’s fair or unfair. I’m saying that’s the way it is.

So, what do we have here? At the core we have a district-based voting system that allows voters to declare candidates in their own order of preference. The outcome of that count can be inconsistent with the tally of first preference votes, and we therefore have a fix which avoids the 1981 situation of a party with less votes than another sent to Parliament (and to government) with more seats.

That solves the problem when only two parties exist. ADPD argue that this adjustment creates new problems for them, effectively disenfranchising their voters and scaring other potential voters away out of fear they would effectively be wasting their vote.

I’m no expert but I have great doubts that a court could give ADPD the satisfaction they’re looking for.

Although it is true that the national aggregate of a first preference vote amounts to the value of a single Parliamentary seat, the fact that no ADPD candidate made it to Parliament does not mean that the subsequent preferences expressed by voters were not reflected in the outcome.

Also, no single candidate makes it to Parliament based on votes acquired by other candidates on a national basis. The value of the vote is not transferable.

I have much sympathy with ADPD’s cause though I don’t have confidence in their legal argument. After their showing in 1992, a Parliamentary commission led by Lawrence Gonzi argued that the adjustments to the political system should include a guarantee that when on a national basis a substantial number of votes go to a small party, that party should be guaranteed access to Parliament. Those recommendations were trashed by the Labour Party and have never been taken up.

But it is important to remember that those recommendations would not have addressed the ADPD’s present complaint.

The recommendation was about introducing a threshold to enter Parliament. This is far from unusual in other democracies with proportional representation. The figure at which to place the threshold is arbitrary. A fair guide would be 5%.

How would it work. If, on a national average, a party obtains 5% of the vote, that party would be guaranteed seats in proportion to the votes they have obtained even if the district quota does not return a single candidate. This would be a boost for small parties in comparison with the present system.

Imagine that one ADPD candidate in every district obtained 5% of that district’s vote. None of them would be anywhere near the quota of 1 out of 6 votes needed to get elected. But the threshold would guarantee them 5% of the seats in Parliament.

It cuts both ways. The 5% threshold would also mean that even if one of their candidates in a single district meets the district quota of 1 out of every 6 votes, failure to obtain a national percentage of 5% would block them out of Parliament.

You’d think that’s a bad thing but that’s because the ADPD guys are good guys.

In the MEP elections Norman Lowell obtained some 11,000 votes. That’s more than double of what ADPD candidates obtained nationwide in this election. Now of course I’m comparing apples with oranges. Lowell campaigned on a national level in an election perceived as having lower stakes than the national Parliamentary election.

But I make the point to illustrate the problem with eliminating the district system and opening Parliament to anyone obtaining just 1 out of every 66 votes on a national basis. At such a small threshold (1.5% instead of 5%), which is in effect the number the ADPD obtained in this election and is arguing justifies it getting a seat, we’ll open our governance to the blackmail of extremists.

Since I quite like Carmel Caccopardo and his policies, I wouldn’t mind one bit if either of the two political parties would be forced to sit in coalition with him to govern the country (in an election where the PN would have done rather better than this time). Since Labour obtained more votes than the PN and the ADPD put together, I also would have liked to have Carmel Caccopardo or Arnold Cassola make an adorable nuisance of themselves from the opposition benches. I agree our polity would change for the better.

But I rather suspect that is not the likeliest scenario. I would be horrified at the idea that a party winning a relative majority of votes (think PN in 2008) would be forced to sit in a governing coalition with Norman Lowell sitting alone on a single seat obtained because of a single national quota.

Therein lies disaster. Someone might refer to the Nazis in the Reichstag, but I wouldn’t go that far. Consider Israeli politics where political parties must dance to the tune of single seat parties of religious extremists or promised land settlers on the West Bank.

Look, I know there are fascists in the ranks of the two major parties. But at least I know that the individual MPs with fascist tendencies must contend with the rest of their party and their Parliamentary groups. But a neo-Nazi reporting to no one can alone cause more harm than anyone belonging to a larger political grouping.

We can’t design an electoral system based on the desire that it would elect people that agree with us. That’s just not how things work.

In sum, yes, let’s reform our electoral laws to remove the absurd barrier of requiring a candidate from a third party to single-handedly win a seat for their party in a single district to make it to Parliament. By all means let’s allocate seats in Parliament according to a national quota system (whether we abolish the districts or not). Let’s set a number above which all parties would be guaranteed access to Parliament.

But, please, let that number be also such that below which anti-democratic radicals who live to undermine the democracy they would abuse would be kept out of the arsenal underneath Parliament.