Where two or three are gathered in my name 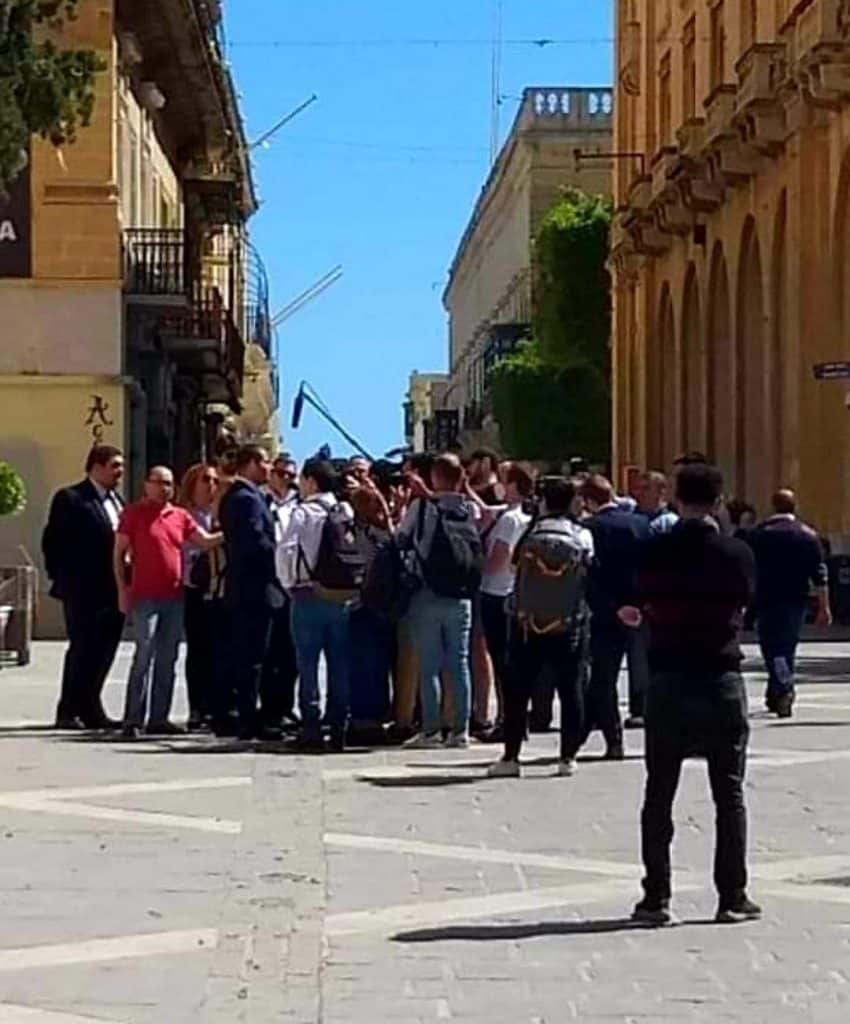 If anyone else but the prime minister was in a gathering like this in Republic Street this morning, they’d be facing a hefty fine for organising a public event in spite of the pandemic instructions. And the journalists present would be fined for attending the gathering.

There isn’t a mask in sight though the prime minister told the journalists at one point that he had one. He just wasn’t wearing it. And if these people were two metres apart they’d have filled the square.

This is not my usual complaint. My usual complaint is the prime minister does not make himself available to open and frank sessions with the press as often as he should. And that he has used the coronavirus pandemic as an excuse to dodge tough questions.

But this is not the answer either. The government can and must lead by example. There can be regular press briefings in the courtyard of the prime minister’s office, for example, with chairs for journalists set two metres apart while using camera and audio pools to avoid too much roaming about. There should be enough space for everyone and enough time for everyone to ask questions.

Without putting journalists through too much hazard for their health and without setting the example to the public that everyone must follow instructions about social distancing, except of course, if so the whim takes him, the prime minister.

This too, however trivial anyone might be tempted to think it is, is about the rule of law; about the principle that if laws are set by a prime minister, the prime minister is not exempt from following them.

But here, truly our chiefs walk around with L’État, c’est moi glued to their foreheads.

Previous:Alarmphone explains what happened at sea over the Easter weekend
Next:Truth optional