Valletta’s sister European Capital of Culture 2018 is teaching a lesson to the philistine failed gardeners running Valletta’s program on what a self-respecting city should do when a journalist is killed.

Leeuwarden has changed its cultural calendar to screen the film “Daphne: The Execution” by Carlo Bonini and Giuliano Foschini first screened in Malta a few days ago in an event most definitely not organised by the Valletta2018 committee.

Screening the film in the European Capital of Culture is appropriate. The killing of journalists is an unbearable disgrace for a democratic society’s cultural landscape. It is not insignificant that the first in a series of government ministers — right up to the prime minister — to resign after Jan Kuciak was killed in Slovakia, was the Slovak Minister responsible for culture.

He had said he could not bear to carry the responsibility for culture when the freedom of speech of a journalist was so definitively suppressed under his watch. There was no suggestion he had anything to do with Kuciak’s killing. But in real democracies people understand their political responsibilities and carry them.

Here in Malta the cultural calendar did its best to ignore the killing of Daphne Caruana Galizia. And it did more. The organisers of Valletta2018 sought to intimidate those considerably more decent than them for daring to remember her life and work and mark the horror of her killing.

I was there when Jason Micallef in his red shirt addressed the press in Great Siege Square when he inaugurated an interesting underground installation accessible from right in front of the Great Siege Memorial. He did his best to ignore the existence of the Daphne Caruana Galizia protest site there, having called for its removal several times already.

The artist whom he was introducing was considerably more sensitive to her surroundings. Artists, as opposed to incompetent propagandists like Jason Micallef, are by definition sensitive to their surroundings. Having done her job of attending the opening of her own installation she proceeded to join protesters, pay her respects and mark the memory of a journalist whose freedom of expression had been so brutally denied.

Jason Micallef learnt nothing from that example.

I wonder what he’ll think today when he hears that Leeuwarden is incorporating in its program the projection of the film on Daphne.

Given that the artists organising their festival cannot bear to see him, it is not expected that Jason Micallef will be invited to the screening in Leeuwarden.

The screening is being held tomorrow at the New Generation Theatre that hosts the Noordelijk Film Festival. 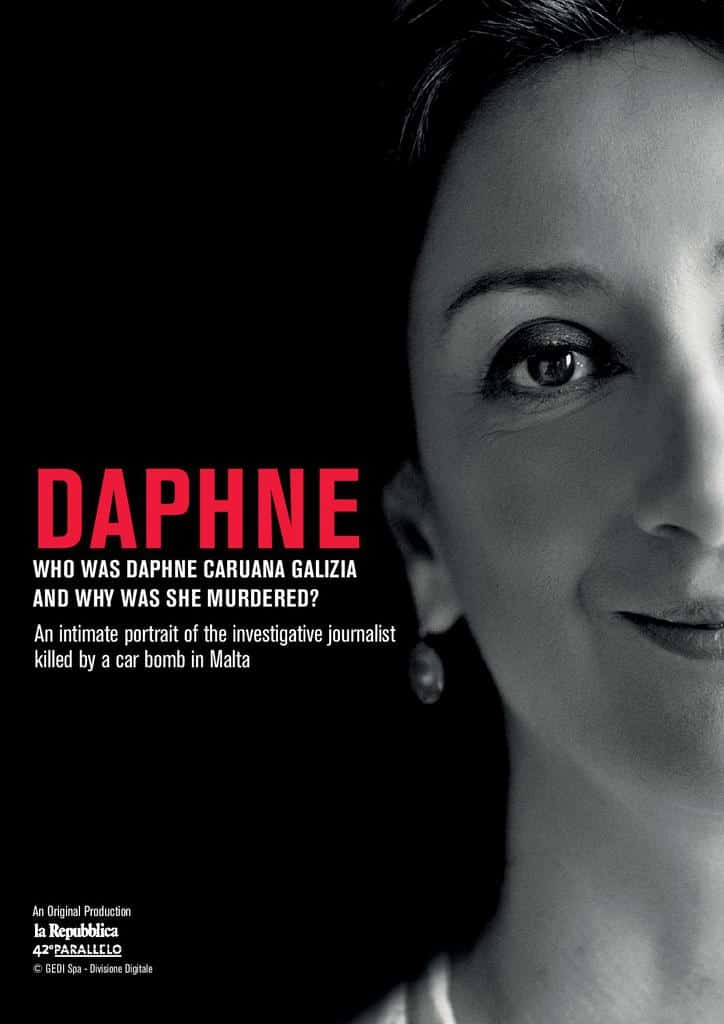