Of course in principle Chris Fearne should not get the blame for the fact that one of his staffers got greedy and solicited a bribe. As far as we can tell the moment he found out he threw the guy out.

No organisation is immune from rotten elements. The real test of their quality is what they do when they find them.

And Chris Fearne did what Joseph Muscat should have done with his underlings ages ago: threw out the political appointee on the mere bases of reasonable suspicion and passed the file to the police for action.

Right. Except Chris Fearne could really have done more.

John Baptist Bilocca has a prior conviction for embezzlement, destruction, mutilation or purloining of documents, records or other papers, registers or acts in the a public office. He was prosecuted in 2004, confessed and convicted in 2006. Silvio Valletta prosecuted. Robert Abela was counsel for the defence.

Political offices are high risk offices and people recruited to them should be vetted for their past record to prevent episodes such as these. His employer should really have known better.

But then again I can’t blame Chris Fearne. When recruitment to the police force itself now ignores prior convictions, why expect ministers to be more stringent. No one cares what Caesar’s wife looks like these days.

John Baptist Bilocca’s lawyer, Stephen Tonna Lowell, is quoted by the Times of Malta saying, while arguing for bail to be granted to his client, “that compared to other corruption cases in recent history, these allegations were relatively small.”

Sums up just how far standards have fallen. 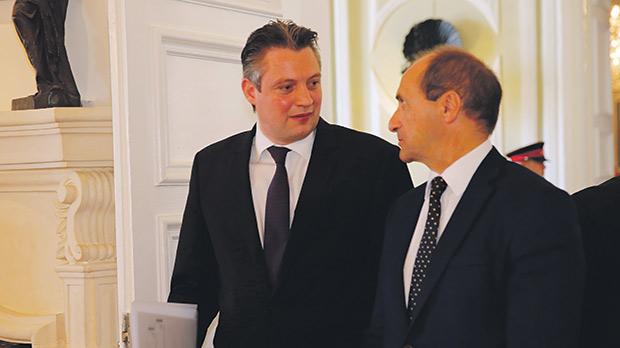 What do you do when you come across evidence a political appointee is corrupt?