Henley & Partners’ grip on Malta continues to tighten as they go further up the value chain combining real estate mediation with the offer of Maltese citizenship.

The group has set up a real estate branch under the brand Casamont and will compete with other real estate agents for margins on the sale of property to acquirers of Maltese passports who speculate on Maltese property in order to satisfy the flimsy residency requirements of the scheme.

Henley & Partners is now therefore cutting the middleman ensuring that it, rather than established real estate agents, make the additional money from the sale of passports from the acquisition or rental of property here.

It is doing so with the help of prime minister Joseph Muscat, global road show host and chief promoter of Henley & Partners’ services in Malta. 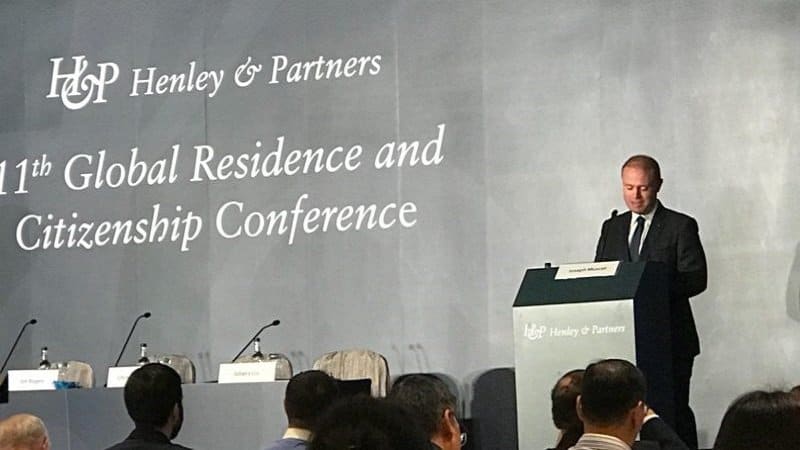 Malta’s passport scheme introduced a minimal residency requirement after the European Commission complained there had been none, effectively selling European citizenship to people with no connection to Malta except their payment of the fee to collect the passport.

A residency requirement was introduced that is largely observed in the breach. Applicants present evidence of a lease of a property and from sampling addresses that have leaked from the highly secretive Identity Malta, most of these proved to be empty properties or low-end apartments where other people live.

There has however been a portion of the acquirers of Maltese citizenship that have used the residency requirements to acquire property in Malta largely for speculative purposes. The acquisition of top-end properties is a standard money laundering vehicle turning illicit money ‘invested’ in property into legitimate revenue earners when the property is rented out or sold on.

Several jurisdictions such as New York and London monitor closely the trading of high end properties in order to minimise the obvious impact of artificial inflation on their property markets that become hoarding vaults for the corrupt of the world.

Henley & Partners’ clients that it describes euphemistically as ‘world citizens’ are the world’s super rich, particularly plutocrats from Russia, who use pieds-à-terre all over the west to funnel money and generate legitimate revenue streams as fronts for their real sources of income.

This new initiative by Henley & Partners continues to entrench it deeper into the Maltese political and economic system redefining the concept of ‘foreign direct investment’.

Indeed the acquisition of property is a low-impact, unsustainable form of investment particularly in a dense and small set of islands like ours. Traditionally Malta has taken a dim view on foreign investment into property and the free sale of property to non-residents was one of the most prominent objections the Labour Party raised to EU membership.

So much so that Malta negotiated a permanent derogation on EU law allowing it to restrict the purchase of property here by non-residents should it want to.

Although no doubt the property purchases create short term monetary benefits particularly for people working in the real estate and construction businesses, the activity has little ripple effect and drives property prices up in view of restricted demand creating serious issues of affordability for local residents.

The social cost of people pushed out of the house buying and rental apartments would outweigh the short term benefits of the acquisition of high-end property by people who would never live in them.

This is even more the case when the bulk of the profits of the transaction are made by international players that export the profits leaving us with empty apartments none of us can afford to live in.