This interview was first published in the original Italian as part of the “Malta Report” presented at the forty-second Anti-Mafia summit recently convened in Naples. A copy of the Malta Report published by the Osservatorio Mediterraneo sulla Criminalità Organizzata e le Mafie is here. 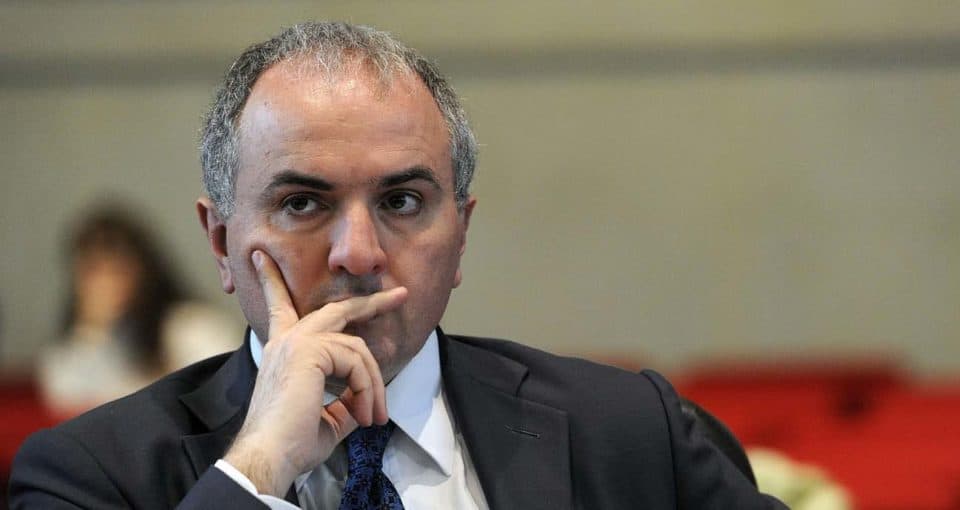 1 – Senator Lumia, in the last legislature you submitted a parliamentary question on the “Malta matter”. What was the question about? What did you aim to achieve?

I wanted to turn the light on the Malta matter to avoid that all we manage to do is express the obvious solidarity with Daphne Caruana Galizia’s family. She was killed in a typical mafia ambush with a bomb in her car. I wanted to describe and mark that fact solemnly through a parliamentary question in the Italian Republic. I submitted it at the end of October 2017 showing the multiple business-criminal-mafia-institutional dimensions of the sharp and gutsy investigations Daphne had conducted.

In the question, for example, I referred to a number of stories she investigated: in 2016 she dug into the “Panama papers” discovering two off-shore companies owned by Malta’s energy minister Konrad Mizzi and the prime minister’s chief of staff Keith Schembri. In April 2017 Daphne revealed in her blog the scandal of kickbacks on fuel paid, as shown in published documents, by Azerbaijan’s regime to the Maltese government, involving prime minister Muscat’s wife, Michelle. She accused her of owning “Egrant” the third company in the Panama Papers.

These investigations showed payments of millions of euro and suspicious connections to the Azerbaijani regime of Ilham Aliyev. They led to elections in the country but Muscat denied everything and was confirmed. The journalist also investigated Adrian Delia, Malta’s nationalist party leader, accusing him of being the lawyer of a London-based Maltese company that was investigated for corruption.

I closed my question by calling upon Malta, Italy and Europe to carry their responsibility in the fight against mafie and avoid the usual restraint and diplomacy sticking to the obvious meaningless reactions.

2 – Based on what you know, to what extent are Italian mafie involved in the huge illegal trafficking that goes on in Malta?

Let’s start from the basic fact I refer to in my Parliamentary question. Daphne Caruana Galizia’s investigations showed links with our country in the trafficking of fuel and illegal immigration. This was confirmed by the important and substantial operation of the Catania prosecution service led by prosecutor Carmelo Zuccaro working with the tax police. This operation foiled an organised international trade of fuel.

Carmelo Zuccaro himself says that “Libya remains one of the hottest locations where there is also trafficking of people. But we have so far managed to shed light on the trafficking of fuels”. Nine people were arrested – Libyans, Maltese and someone from Catania. That would be Nicola Orazio Romeo, believed to be close to the Mafia family of Santapaola-Ercolano. Nicola Romeo’s name is in a number of intermediary companies set up to hide illegal trafficking.

Bail was denies to all 9: 6 are in prison and 3 under house arrest. They are believed to be the promoters, organisers and participants of an international organised crime network aimed at introducing smuggled Libyan oil extracted from the Zawyia refinery. Zawyia is 40 kilometres west of Tripoli. The fuel is inserted in the Italian and European markets, even in transport petrol pumps.

This is an enormous business. Eighty million kilograms of fuel that at today’s prices generates more than 30 million euro of income. Fuel was transported in fishing vessels landing in Augusta and Mazara del Vallo in Sicily, in Civitavecchia and Venice passing on the way there through Malta.

This is a worrying state of affairs. It obviously does not indict an entire country like Malta. If anything it is a wake-up call for democratic institutions and European organs to live up to their responsibilities and change gears for a more rigorous and coherent fight against mafie and terrorism.

3 – Would it be correct to think, as some international analysts have suggested, that the Island is a front in a geo-political clash between the United States and Russia?

It’s not a mad or even a strange notion. Malta is in the centre of the Mediterranean and has always had a strategic and important role in the context of multiple near eastern conflict and in the permanent competition for hegemony between the USA and Russia.

In my question I asked for evidence of this problem because I am convinced that Malta and Sicily must not became a battlefield. If anything they should become locii of peace and cooperation.

Often conflict uses any available weaponry including sometimes the mafie as well. But using mafie is a political way of giving them legitimacy; giving them a function that goes beyond the criminal dimension.

4 – In your view are jihadi organisations part of this geo-political game, starting with the fact that Libya is so close? Is there a relationship with other criminal organisations working on the Island?

We need to consider this too. I do this in my Parliamentary question.

Jihadi terrorism feeds on the control of oil wells and illegal trading from them. This includes trading with Europe through a list of illicit trades that necessarily involve mafie. No doubt mafia and terrorism are two distinct and separate things.

But there can also be no doubt that along the way the two meet in money laundering, in international drugs and arms trading and in many other revenue earning activities.

5 – What are Europe and Italy doing to stop the infiltration of our own mafie in Malta?

The investigations that could be started are the ones that lead to our own country following on the example of the courageous work of the Catania prosecutors.

We must come to terms with the fact that different countries have different paths. I have fought for years for the creation of a single European anti-mafia space. It is not enough for individual States to cooperate. Nor is it enough to have isolated – though of course crucial – European directives on specific legal considerations like the 416bis (the crime of association with a mafia organisation) or anti-money laundering.

Europe must have its own anti-mafia and anti-terrorism prosecutor. It should also have a European equivalent of the FBI with the power to intervene directly in these two areas. We need to increase the powers of Eurojust and Europol.

I have asked many times about the connections between mafie and European funding. Consider for example the fight against the land based mafia, where we find swindles using European funding to sustain mafia activities. This not just in the Nebrodi, in the interior of Sicily, or Calabria and Campania. It is happening in all of Italy and in other European countries as we recently found out in Slovenia and not altogether excluding the present topic, Malta.

We must therefore understand that the fight against mafie requires a deep change in all our democracies, before it’s too late.