John Dalli on blockchain: ‘it will let us do business without anyone watching what we’re doing’ 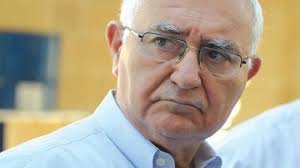 John Dalli, the éminence grise behind most of the dark initiatives of Joseph Muscat’s government, has given a speech in India on how blockchain will allow people to flow money without the inconvenience of government scrutiny.

He was speaking at a New Delhi conference organised by blockchain company QuickX Protocol that has appointed John Dalli to its advisory board.

John Dalli said blockchain’s “core rational is the delivery of information directly between the people involved bypassing any centralized data capturing and storing servers that are controlled by governments and big businesses. The outcome is restoration of users.

“Every single person in today’s world is spied upon, monitored and controlled. All our movements, all our transactions, all our utterances are registered and logged. A well-structured, functional and protected blockchain environment should put a stop to this.”

John Dalli highlights blockchain’s darkest side, the fact that as things stand it reduced the means of law enforcement agencies to detect and stop money laundering and tax evasion.

It is no surprise that while the government promotes blockchain as a central policy thrust, John Dalli is personally involving himself in the business.

John Dalli told his New Delhi audience “I will take this opportunity to promote and support this technology in Malta and at international level.”

No doubt he will.