Man tells Maria Efimova: “you know you are going to die”

Maria Efimova spoke to me about how a man she does not know ran alongside her on her morning run near where she lives and told her ‘you know you are going to die’.

Maria Efimova was taking her morning run along the beach close to her home in Crete when she had this brief encounter yesterday. The man spoke to her in Turkish, a language Maria Efimova has a good understanding, but is not a fluent speaker, of.

In a tweet yesterday Maria Efimova noted that this incident, which she considers a threat to her, occurred hours after Ali Sadr, her former employer at Pilatus Bank, was released on bail by a United States federal court pending his trial for bank fraud and sanctions busting.

Several hours he is out of jail and threats have already started. Going to file a report with Greek police right now. https://t.co/KM8kZ3k5YA

Meantime a Times of Malta report this morning clarified that Ali Sadr is still in custody until he’s in a position to meet all bail conditions.

Asked if she had any specific reason for making the connection, Maria Efimova said not many people know she is familiar with the Turkish language but this fact was certainly known to Pilatus Bank. She said Pilatus Bank CEO Hamidreza Ghanbari on several occasions asked her to speak to Turkish clients of the bank that were not comfortable with the English language.

Maria Efimova explained she studied languages in Russia and has various degrees of dexterity with Spanish, French, English, Greek and Turkish apart from her mother tongue, Russian.

On her lawyer’s advice, Maria Efimova yesterday filed a report of the incident with the local police. The police informed her that in view of the arrest warrant issued against her in Malta, her home address in Crete is known to every police station in the European Union since she handed herself in to the Greek authorities two months ago.

Asked about her current state of mind, Maria Efimova told me yesterday she felt panic after the incident but having slept over it she feels alright today. 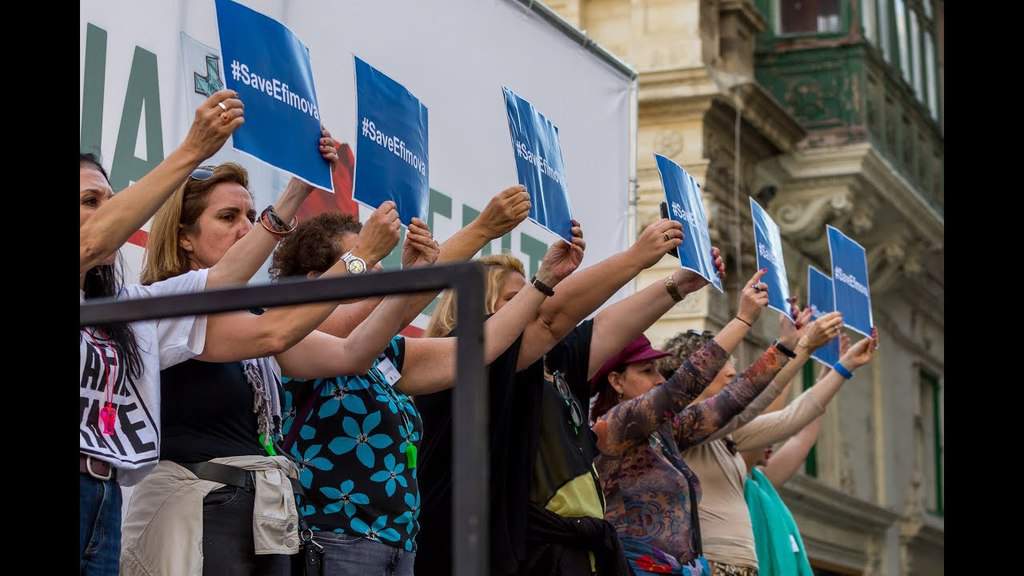