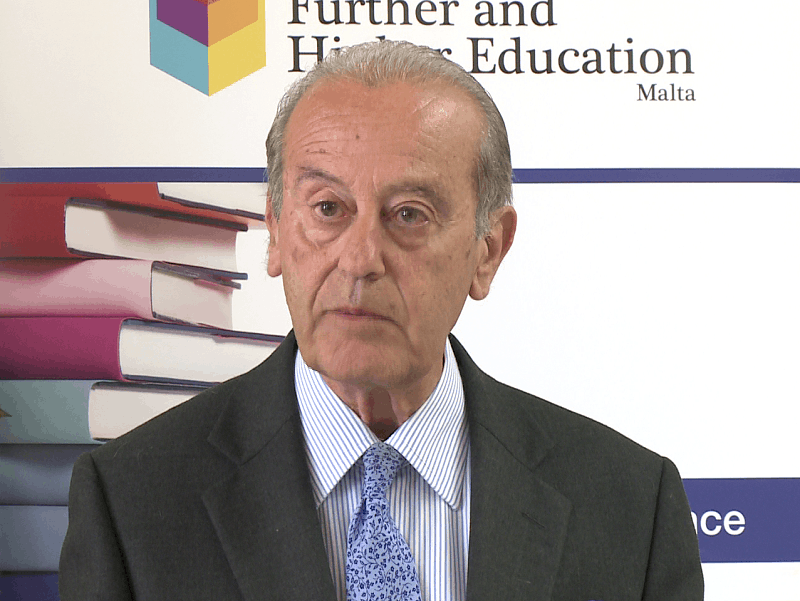 I don’t subscribe to the idea that just because Martin Scicluna is old he can be excused for his ramblings as the drool dripping out of his over-extended mind. I think that since he writes his hypocrisies, he deserves the respect of being replied to.

Nor does it matter that once upon a time he based his argument on rational thinking and strived for balance even when he meant to be critical and now he is as objective as a sixteen year old with a crush on the team captain. The fact that he’s only a more articulate version of Glen Bedingfield and Josef Caruana does not exempt him from being confronted with the irrationalities and inanities he is putting his name to.

The first mantra he repeats is crediting David Casa, Roberta Metsola and Francis Zammit Dimech with superhuman qualities of persuasion, if not fairness and political balance. Their lies, obvious to be such in Martin Scicluna’s eyes, are exclusively to blame for the harm in Malta’s reputation on the world stage.

Martin Scicluna does not say which lies he means. That’s too easy, Mr Scicluna. You’ve gone native and are arguing like Super 1. You’ll need to tell us which lies you have in mind when you accuse the PN MPs of convincingly inflicting them on the world.

The lie that a journalist was killed? The lie that Malta sells its citizenship to whoever pays for it? The lie that we licensed a bank to an Iranian indicted fraud who handled personal accounts for the Azeri and Angolan dictatorships? The lie that the prime minister’s chief of staff and favourite minister were caught with off-shore bank structures committing to flow to their pockets at least 150,000 dollars each a month? The lie that a government minister froze the bank accounts of a journalist in order to crush her reporting that he was in a brothel while on duty? The lie that seven months after she was killed, investigations into who commissioned her murder appear to have stalled?

The next movement from the Castille hymn sheet that Martin Scicluna sings to is the bog standard where’s the laptop argument. He describes the laptop Daphne Caruana Galizia used when she was alive as “a vital piece of evidence” in determining who commissioned her murder. How could he possibly know this? Or even, on what basis does he think it may be relevant?

Daphne Caruana Galizia published her articles several times a day. She published threats made to her and reported extensively on the annoyance of people she criticised. Does Martin Scicluna know the police have not interviewed any of these people so obviously motivated to look forward to Daphhne Caruana Galizia’s elimination, with the exception of Chris Cardona who volunteered the interview himself when he was reported to have conferred with the assassins before the killing? Why does he think the laptop would be any different?

Of course he pays lip service to the notion that ‘protecting the sources is paramount’. And yet into the hands of those whom the sources spoke of that he wants that information to go.

He goes on to describe the absence of the laptop as ‘subterfuge’ and a “gross obstruction of justice” adopting the line of his shorter, fatter, less articulate and younger colleagues in the prime minister’s office that, as they see it, Daphne Caruana Galizia’s sons and husband killed her and they’re covering that fact up.

Martin Sciculna says the “gullible people in Brussels and Strasbourg” should note the progress on the magisterial inquiries that are ongoing, proving, as he sees it, that the law rules in Malta. Firstly he will proceed to contradict just that premise categorically in his own article complaining the Egrant inquiry should have been long completed. But really the question to be asked to Martin Scicluna is how does he know what progress has been achieved by the inquiries? How is he supposed to be coming by that information, which is a strict secret at law?

Also Martin Scicluna is being optimistic that the “gullible people in Brussels and Strasbourg” are not briefed that magisterial inquiries are mere supplementary evidence collection and preservation exercises. They do not amount to investigations in the sense that only the police action in Malta can lead to: establishing whether a crime has occurred and proceeding to prosecute the perpetrators in a court of law.

None of that has happened here. The Panama Papers have been out for 2 years. Evidence leaked then and since would anywhere in the world at least initiate police investigations. And here they have not. And that, Martin Scicluna, is in no way the fault of PN MPs. But it does show the world this is a country where the rule of law has failed.

He touches what must be some sort of bottom when he blames David Casa for the length of time the inquiries are taking. He says he is stretching the work of Magistrates by providing them with evidence.

How about the police do their bloody job and collect the evidence themselves? Do we really need an MEP to do police work here? Martin Scicluna does not want the MEP to do the police’s work because he wants no one to do it. And that is what makes him yet another stick of dynamite under this bridge over the river we used to call democracy.

These arguments are why “the gullible people of Brussels and Strasbourg”, not to mention the world’s press, cultural and literary community, and anyone who unlike Martin Scicluna is not a henchmen in the band of thugs that has taken over this country, is making a rational choice on what is likely happening in Malta. No one thinks David Casa, Roberta Metsola and Francis Zammit Dimech are conjuring a conspiracy from thin air supported by “unrepresentative zealots” like yours truly.

They do think Martin Scicluna’s logic has the elegance and the inner integrity of a whitewashed tomb though.

Now if you don’t mind I’ll follow the example of a great teacher and get some peace reading Ecclesiastes 3.

Previous:You may be proud of your politics. But you’re embarrassed of anybody else’s.
Next:Sorry for the downtime