MONEY: From Past to Future

My piece in May’s MONEY Magazine. 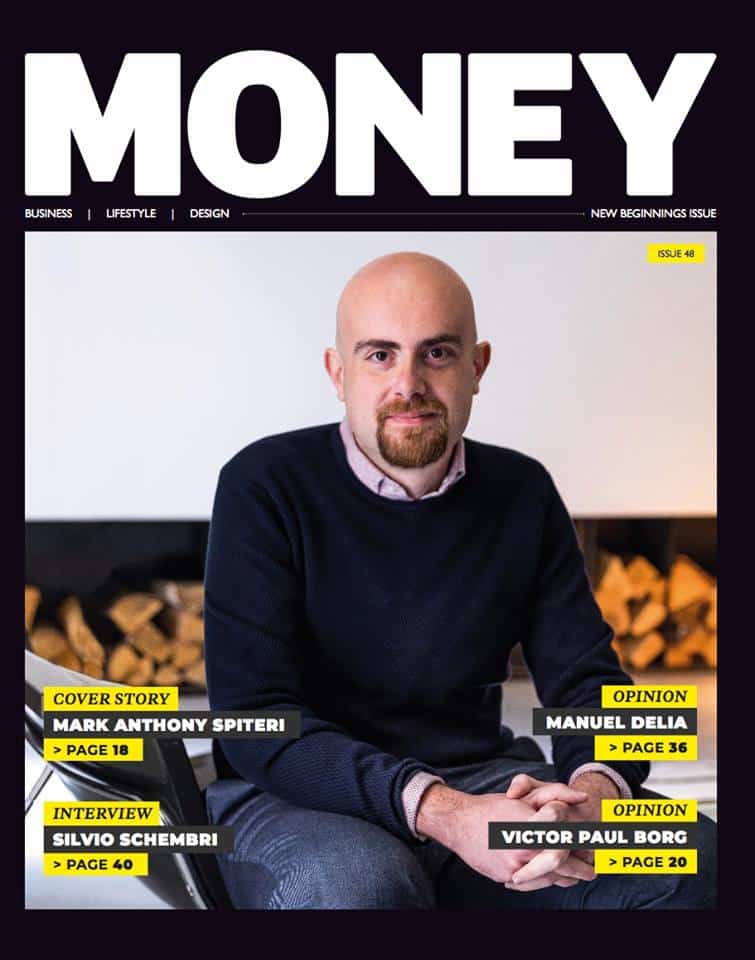 Economists are optimistic when nobody else is. There is something Buddhist in the forecasting of the performance of an economy at least in so far as cycles and the alternation between ups and downs are concerned. But there is no eschatology in economics, not since Marx went out of fashion anyway. There will be no day of enlightenment where economies need not anticipate the next downturn and are liberated from the cycles of boom and bust.

Malta’s economy has been on the up and up since the last crisis, reaching growth heights and unemployment lows of dizzying extents. With a government in surplus all nerves about a starving behemoth looking to bite off future prosperity before it materialises are mellowed. With restrictions on property development reduced to a formality, the lid on securing super-profits in a concrete deposit is lifted.

The wave that carried Malta’s economy through other people’s financial crisis a decade ago continues to flow strong. Online gaming remains a strong activity, employing thousands of expats who spend big chunks of their generous incomes on inflated rents and lavish entertainment while here. Financial services may have changed the character of their clients but the volumes remain strong and Malta remains a jurisdiction where it is easier to find a forgotten treasure chest lying about than an accountant.

The government has a quaint spin on the bad press we’ve been getting over the last several months. It’s the product of the envy of others (as in other countries) who have given up on catching up with Malta’s success so they criticise it to bring it down.

Quaint. But dishonest and unhelpful.

We refuse to see the criticism we are getting for what it is and in doing so we bring about our own downfall. The ‘envy’ explanation is rationalisation and denial all in one.

The criticism is not unlike what we say about someone displaying inordinate wealth we suspect has been acquired illegally. We do not necessarily envy a drug lord’s hacienda though we do resent the fact their nefarious activities are rewarded instead of punished. For as long as they are.

Now we defend ourselves by pointing out we are not all crooks. Of course we aren’t. Most of us aren’t. But the international criticism of Malta is not addressed at individuals but at a collective we all seek to be seen to belong to when the going is good. When that collective image goes down, we all go down with it no matter how honest we are as individuals.

Less obviously and more dramatically is the unfolding disaster that is following on the tax holiday we all secured for ourselves on the sale of Maltese citizenship to plutocrats. The arrest of the Pilatus owner did not only highlight the weaknesses of our banking regulation. It also highlighted how super-wealthy criminals use multiple passports to dodge law enforcement.

Reports of immigration authorities revising their welcoming protocols to assume higher risk from all holders of passports from countries that sell citizenship to others are seriously bad news for Malta’s capacity to continue to do business in the world.

And we’re learning all the lessons on how that can be done in a surprisingly short time.

You would think this piece is going against the general ‘new beginnings’ streak of this edition of the publication you are reading. Well, yes and no.

Almost certainly you were not expecting new beginnings to fall on us like rain from an unclouded sky. People in business know that if something is easy, there has to be a catch. And if something is easy a business’s agility and willingness to fight atrophies and loses all ability to survive the next crisis.

This is something that has happened to the government’s management of its own finances. From 1998 onwards Malta’s administrations adopted a culture of administrative leanness. Recruitment was all but frozen. New projects were subjected to tight cost management and new operational costs were permitted only if they replaced old ones, preferably if they reduced them.

Deficit control – and the unnerving scrutiny from Brussels – became a driver for efficiency gains, for the reduction of the size of the government, for a withdrawal from state-controlled commercial activities. Eventually it led to a sustainable reduction of the tax burden and, of course, a tight control on the budget imbalance.

Enter the passport sales scheme. Every million in deficit could be compensated for by selling a passport that costs a handful of coins to produce. That wiped out the deficit and removed the need of Brussels scrutiny. It removed the need to control costs. It opened the floodgates of public sector recruitment engaging gardeners and plumbers and partisan scribes in their hundreds, awarding lifelong sinecures that must be paid beyond retirement whether passports are still being sold or not.

The budget surplus atrophied the administration’s willingness to reduce its presence in the economy letting it run itself. Quite the contrary flush with cash the government stepped into areas it had not belonged to for decades. Now we have a state controlled bank in business and the postal services have gone back into the public sector reversing the macro-economic gains of successful privatisations from the past.

It remains supremely ironic that we now have a government that has sold off state hospitals but bought privately owned banks.

Instead of preparing for an altered economic scenario, it feels like the first priority of our administrators is to dispose of excess liquidity they barely know what to do with.

There are then some indicators of the future that may feel dim and bleak. But, depending on your point of view, might merely be a new set of parameters from which to operate.

Financial services will remain a pillar of economic activity here but can no longer realistically rely on “our reputation” as that is no longer a good thing. It used to be. But nostalgia won’t earn us a living. The industry must pull its socks up and stop being so bloody timid about things. It must show itself capable of providing an honest day’s work in spite of government maladministration and corruption rather than because of it.

Gaming will remain for a while yet a major contributor to our economy, and a sustainable employer. But it cannot continue to trust the administration to prevent, and failing that to reverse, the penetration of mafia and money-laundering activity in their business. Legitimate businesses are the first to realise when they are competing with people who are not working to profit from the business itself but to clean illicit profits from altogether shadier activities. They should speak up, quick and clean.

There’s no advice for the property development trade really. They should know better than anyone that no matter what they’ve been told the limits of the island are what they are and they’ll reach and exceed them in their own business lifetimes at this rate.

For the rest of us, we need to look at how to reinvent our economy even as it groans under the hangover from the current gluttonous bender.

Previous:Ali Sadr’s wife has permit to split in two a large Tower Road apartment. Plan is to be neighbours with Pilatus CEO Ghanbari.
Next:THE SUNDAY TIMES: Round about the caldron go