Arkady Babchenko is yet another journalist killed right outside his home. He left his apartment in Kiev to buy bread and was shot several times in his back by a killer who waited outside for him. His wife found him bleeding outside there door. He died in the ambulance.

Arkady Babchenko was living in Kiev for his own safety, having escaped his native Russia after pressure and threats he was getting when two years ago he reported about a crashed Russian military plane.

The Ukranian police believe he was killed because of his journalism.

The BBC reported a Russian foreign ministry statement. “We demand that the Ukrainian authorities make every effort to promptly investigate” the killing.

Arkady Babchenko was a well-know Kremlin critic and denounced Russia’s actions in Syria and eastern Ukraine. 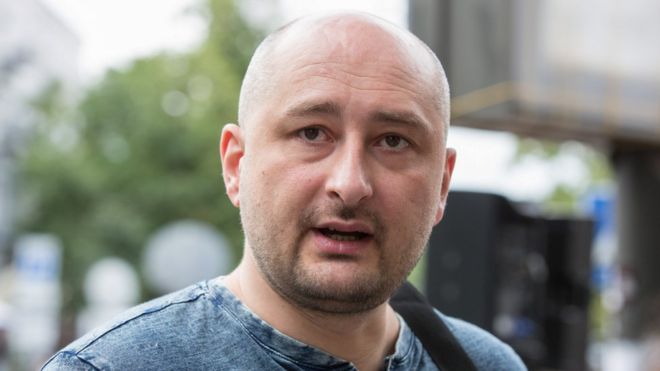