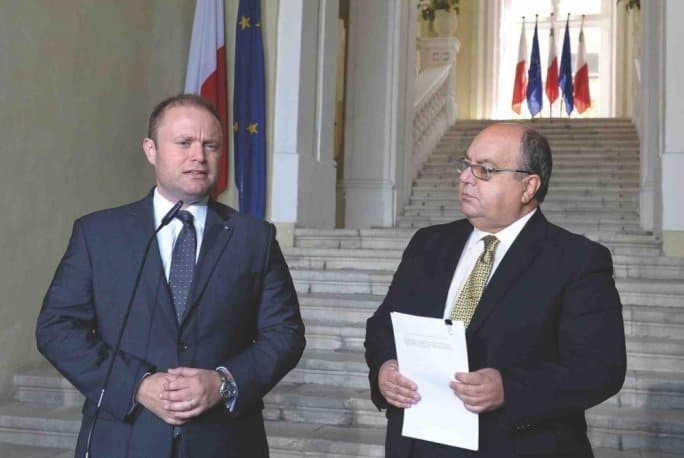 This too is corruption.

Not the bribes in a brown envelope sort of corruption. But the sort of corruption where institutions are destroyed, checks and balances knocked down and the complete hold of the executive on every branch of government is so blatant that barely anyone bats an eyelid anymore.

Opposition MPs Claudette Buttigieg and Marthese Portelli on Monday did bat an eyelid and point out that Manuel Mallia, MP standing up in Parliament on behalf of the government to review his own work as Chairman of the Occupational Health and Safety Authority is not merely a weird coincidence: it is an act that in and of itself defeats the scope of the law that set up that authority.

What rankles is the fact that after Claudette Buttigieg’s and Marthese Portelli’s interventions, silence falls. The government is up to so much worse, that a grotesque episode like this goes by unremarked and unnoticed. Standards have fallen so low that something like this appears ordinary.

A Member of Parliament should not be leading regulatory authorities. Such a thing is very likely unconstitutional and is most certainly bad practice. The institutions have different tasks and at least in so far as the approval of funding for the authority is concerned, Parliament has an oversight role over the OHSA which throws the position of an MP who is also the authority’s Chairman in manifest conflict.

A government Member of Parliament should not be leading a regulatory authority with powers and responsibilities at law to supervise and when required sanction the government. This defeats the purpose of arms length autonomy established in the law.

In making Manuel Mallia u quasi-minister by assigning to him a statutory role, Joseph Muscat shows contempt for the intention of the legislator to ensure checks and balances in public administration.

In standing up in Parliament to speak for his Authority, Manuel Mallia shows contempt to Parliament.

These people are paid to protect your life and health at work. They are not even prepared to protect the basic rules of decency in public administration.