Published first earlier today on my Facebook page when this site was done.

So Labour stalwarts Own Bonnici, Rosianne Cutajar, Kurt Farrugia and other sundry corporals in the zombie apocalypse army of Joseph Muscat are all over Facebook and Twitter taunting civil society activists to throw themselves in front of the bullets the Catholic Church is supposed to be shooting at Mark Montebello.

Does his right to freedom of speech not count as much as Daphne Caruana Galizia’s, say?

Sure it does. I don’t care if Mark Montebello’s views are different from mine – they often are not, but that’s neither here nor there – his freedom of speech is inherent with his being a human.

But saying that is not going to let me confuse issues, which is what Labour obscurantists want everyone to do.

You see, as Judge Giovanni Bonello recently explained in obviously painful frustration, only the state can breach human rights. Everyone has the right to enjoy their property. If your neighbour’s works flood your house you may have reasons to be angry and you may bring those arguments in a dispute in a courtroom. But you cannot argue – not successfully at least – that your neighbour had some obligation to respect your right to enjoy property.

Rights are there to protect you from your government. For your issues with other people — your neighbours, your spouse, your siblings, your wedding planner, your employer – you make your argument, in court if need be, and on we go with the show.

The government has made no attempt to silence Mark Montebello. His right to freedom of expression was not only never in question, it was never threatened either.

The church of which he is a cleric disagrees with his opinions and has told him he must stick to his club’s rules or he leaves it. If he doesn’t do either he’ll be thrown out.

You may have an opinion on whether he is right or his club is right. You are probably better entitled to an opinion on the matter if, unlike me, you are a member of the club. But there is no question anywhere where his right to express himself freely is being questioned by anyone.

It’s actually right there in the warning his church gave him. If you want to exercise your right to disagree with this church by all means do so. But then we need to agree you are no longer one of us (as in a priest of the church).

I am entitled to tell my wife that I’d rather have sex with a Buddhist ascetic than with her. My right to say that is not in dispute even as she kicks me out of the house with a note stuck to my back ‘Give me a ride to the nearest temple’.

When the prime minister went on TV and said Manuel Delia should be condemned for his writings on his blogs, the employer I had worked for for more than 4 years did not go into the merits of whether the prime minister was right to say that or I was. I was asked to choose between continuing to write things that would displease the prime minister or continue to work in that company. Expressing the opinions I was writing was incompatible with the position the company that employed me wanted to have in the community.

I chose to leave employment in order to be able to exercise my right to speak.

If Mark Montebello has the courage of his convictions he should quit the church and exercise his right to criticise it as freely as he wishes from outside it. And his right must be respected by everyone and protected by the state.

Of course he’s not going to quit. He is the classic having cake and eating it coward; deluded he is a reincarnation of Martin Luther but really just a common barnyard wrinkled teenager with persecution mania and friends in an oppressive regime he fondles like a neutered dog’s bollocks.

You see all this talk by Labour about their own freedom of speech is meant to confuse the argument of those whose freedom of speech is being properly suppressed by actions of the state. You can quit being a priest in order to defy your church’s orders to stay silent. But you cannot quit being a citizen when the police and the planning authority pull down your protest banners.

When Maria Efimova says a senior government official engaged private detectives to harass her father in Russia she is describing state-mandated harassment. She is not a citizen, but she is human and the prevention of the perpetration of these crimes against non-citizens is the reason why we call them ‘human rights’ not ‘citizen rights’.

I will likely never be able to prove that the relentless attacks on this website to take it down have been mandated by the government. But I do believe they have been. In which case that is a breach of my rights – and your right to read it.

That is the difference between what is happening to victims of state censorship from a priest being told by his church he is not to teach inconsistently with it while wearing its frock.

The reason Labour zombie corporals are defending Mark Montebello is that he is expressing a view which is in support of theirs against Mark Montebello’s church. I will not go into the merits of the case of embryo freezing.

I will provide an alternative example to what a priest may have wanted to say in order to show that Labour is jumping to his defence in this case not out of any conviction about the need to protect human rights but seeing this as another opportunity to silence its critics.

The right to freedom of speech gives everyone the right to express even the most outrageous opinion, within the limits of rules about incitement. That right for example includes the right of someone to express the view that, say, priests should be allowed to rape altar boys in their care.

If Joe Anybody says that you and I will call him an idiot but, reluctantly, we would have to defend his right not to be punished by the state for expressing that opinion.

But neither am I under any obligation to protect rebel priests from a church he belongs to and refuses to leave in order to show myself consistent with my obligation and my duty to help protect citizens and individuals from the oppression of the state. 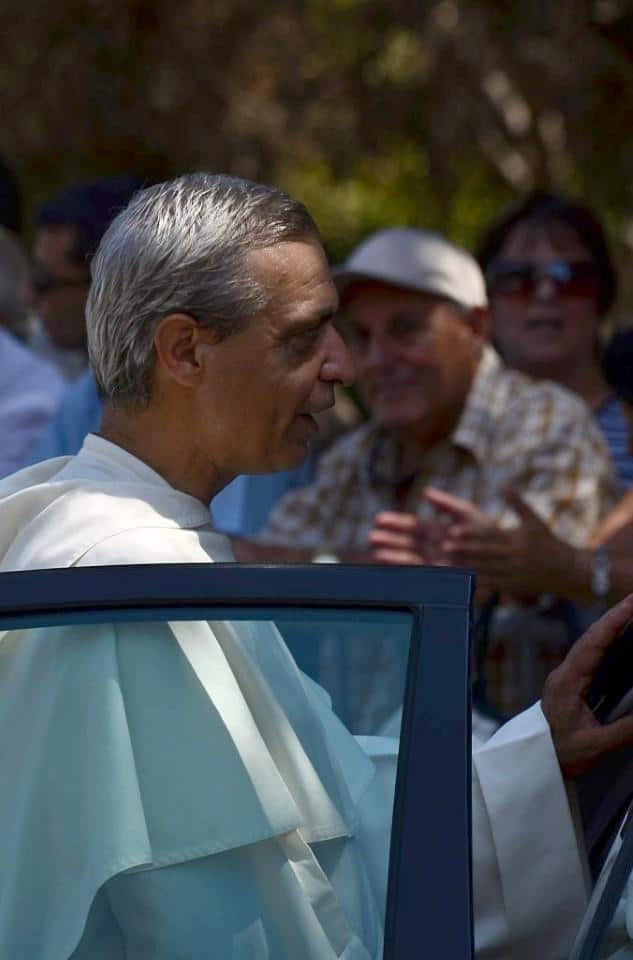