We have reached the 7-month mark since Daphne Caruana Galizia was killed. We are entering summer. Not one of the many vigils or protests or stories in the international press or any of the documentaries has had the effect of moving any single government official to assume some responsibility. Not one of the stories Daphne Caruana Galizia published and the deeper investigations and discoveries since her death have led to any action by any one of the institutions in the country.

Evidence of the penetration of the mafia in our institutions and our economy has been met by loud, indifferent snorts. Flagrant sympathy between the defence of the alleged hired assassins and the hired hands of the government is met with silence.

The burst of anger and protest at the 6-month mark has faced the answer of a government support louder than ever, on line trolls harsher than ever, a wall of resistance higher than ever.

Getting over the 6-month mark empty handed is disheartening. The country is keen to get ready for a summer of forgetfulness and acceptance. Since no effort appears to have the effect of bringing politicians to their responsibility, why make the effort at all?

Because in as much as what was wrong before Joseph Muscat’s re-election remained wrong after it, what was shocking and unacceptable and an irrefutable motivation to protest that evening of the 16th of October, remains unchanged today.

On Wednesday 16th May at 19:30 join us at a vigil for truth and justice in front of the Law Courts. Or they’ll think they got away with it. 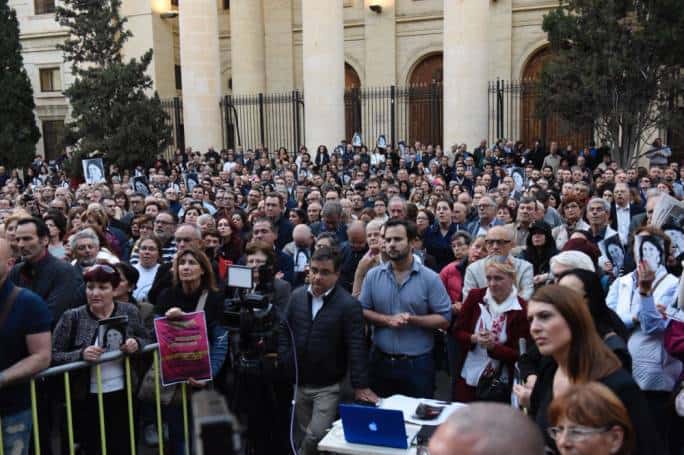 Previous:THE SUNDAY TIMES: Round about the caldron go
Next:Taking out an insurance