17 Black: Magistrate rules Mizzi, Schembri, Tonna and Cini have a case to answer

A Court ruled today that Konrad Mizzi, Keith Schembri, Brian Tonna and Karl Cini have a case to answer after The Daphne Project released more information on their connections to 17 Black.

However the decision sent the evidence to be added to an earlier order by another court for the police to investigate the Panama Papers. That earlier decision is stuck in appeal and legal wranglings about the suitability of a Judge married to a Labour MEP to decide that appeal.

If the police therefore continue to refuse to investigate these findings until they get a court order to do so confirmed in appeal, today’s decision will not see the effect of any criminal investigation for several months yet.

The decision was released today by Magistrate Franco Depasquale who rules on a complaint filed by Simon Busuttil and David Casa, assisted by their lawyer Jason Azzopardi who challenged the inaction of the police after documentary evidence showed commitment for illicit payments made from Dubai company 17 Black to Konrad Mizzi’s and Keith Schembri’s secret Panama companies.

Konrad Mizzi, at the time Energy Minister who personally negotiated the Electorgas deal, had Brian Tonna’s Nexia BT set up for him a secret off-shore company in Panama. Nexia BT also set up a similar company for prime minister’s chief of staff Keith Schembri.

In correspondence revealed by The Daphne Project and first published in Suedeutsche Zeitung, Karl Cini, Brian Tonna’s partner at Nexia, committed in writing to Mossack Fonseca in Panama that 17 Black would be paying Konrad Mizzi and Keith Schembri around 150,000 dollars each a month.

The two officials earn around a third of that figure a year from their government salaries that are supposed to be their only income.

In spite of the publication of this evidence that corroborates information first published by Daphne Caruana Galizia more than 2 years ago and later confirmed by further evidence emerging from the Panama Papers, the police refused to consider investigating the matter further.

As with other evidence, Simon Busuttil and David Casa, filed a motion in court asking it to order the police to take action on the basis of prima facie evidence.

The procedure has been applied before most dramatically when the court ordered the police to investigate findings published by the Panama Papers but the prime minister and other mentioned parties including Keith Schembri, Konrad Mizzi, Brian Tonna and Karl Cini, appealed that decision and the appeal is still stuck in court.

The court decided today that instead of opening a fresh inquiry, the evidence provided by Simon Busuttil and David Casa should be added to the evidence that led to the earlier decision to order the police to investigate the Panama Papers findings.

The court did not agree that Mario Pullicino named as being involved in facilitating payments made to Konrad Mizzi in connection with the Electrogas deal also had a case to answer.

Today’s decision is also subject to appeal which must be filed by the interested persons within two days. 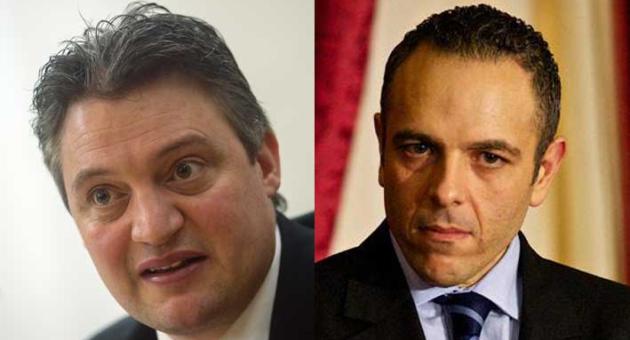