Another major investigation in The Daphne Project has been published today after research conducted by an Italian investigative team and published in La Repubblica and the Times of Malta.

It provides details into fuel smuggling: how a cooperative between Libyan militias, Italian mafiosi and Maltese ship owners ran a business stealing oil from the Libyan people and profiting from their suffering introducing it into the European system.

Read the original reports. They are full of intriguing detail and give a clear picture of the scale of lawlessness in our own waters.

The crimes committed beyond our horizons are the causes of many crimes committed within our shores including car bombings and executions that were allowed to escalate without any success – if there was even an attempt – in stopping them.

What emerges very clearly is the provincial pretend naivety of the Maltese authorities when confronted with the facts about what has been happening under our noses.

‘We did not know’ is an excuse acceptable only to themselves.

If no collusion, no corruption of officials, no infiltration of crime into law enforcement and regulatory agencies has occurred – and none is suggested in the investigations published today – there is at least spectacular incompetence and callous indifference that needs to be acknowledged.

Malta has customs, safety, environmental and maritime traffic responsibilities. Its authorities are accountable to the people of Malta but also to our European partners and all our Mediterranean neighbours.

Being a logistical hub for trans-shipment and bunkering is a legitimate business aspiration for a country like ours in the geographical realities in which we exist. But that does not mean we have some right to forgive ourselves for turning our home into a harbour for pirates and criminals.

Our maritime regulator is responsible to monitor traffic in our seas at least as far as the limits we claim to have exclusive rights on wherever it is to our advantage to do so. It is childish to draw wide circles as far as Greece, Sirte and Tunisia to claim exclusive rights to explore for oil but very narrow circles as far the eye can see from San Dimitri when the limits of our responsibilities are being defined.

Our maritime regulator monitors all stays and movements at Hurd’s Bank. It also monitors all ship to ship fuel movements because of the environmental sensitivity of those movements.

It is also responsible to monitor and supervise fuel movements in our harbours.

Our customs authorities come into play because most of the fuel unloaded here is bonded for re-export even it is stored at third-party leased storage say at Ħas Saptan.

Speaking of Ħas Saptan, all our fuel tanks outside the Freeport are operated by Enemed and all are regulated by the energy regulator. All are supervised as sites under the Seveso protocols for occupational health and safety, civil protection and a hundred other rules.

Dozens of regulators, inspectors, experts and administrators are employed to keep an eye on just this sort of thing. And then of course the police are expected to come in and act on any suspicion of wrong doing.

Where have all these people been looking as stolen fuel was being turned around here in staggering amounts? Why was everyone looking away?

Is this, as it appears to be, a classic mafia story where people who know shut up and let it happen because it’s easier that way? 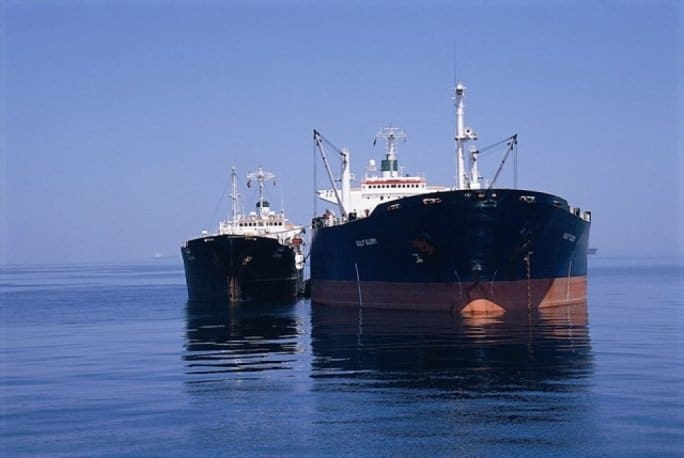 Previous:If not now
Next:Artwork in honour of Daphne Caruana Galizia unveiled in the European Parliament on World Press Freedom Day