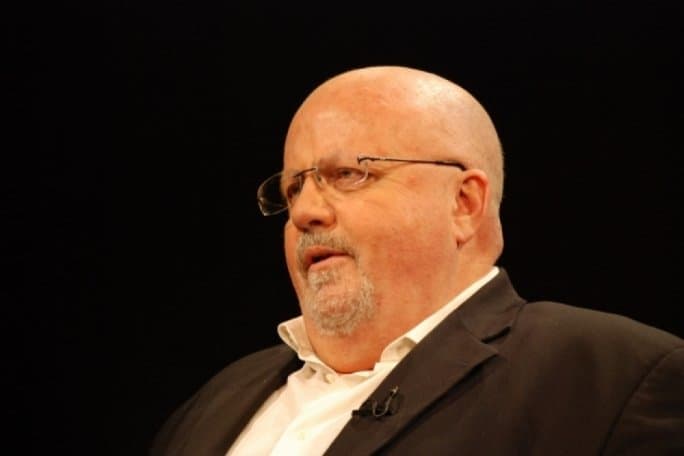 I was asked, by many, why I bothered to put a few words together to show up Martin Scicluna’s poor judgement and even poorer respect for our intelligence. “Who cares what he writes?” was the general trend, “We all know what he is”.

It would be so easy to take this stance and Ignore Scicluna, but the acidic bile that rose when I read his column in the Times on Wednesday (9th May) made it impossible to ignore his insolence and viciousness.

So bear with me while I relieve myself.

According to this pseudo-thinker, we should not use a ‘tragic death for political advantage’. You might wonder why I choose to appear insulting by dismissing the credentials of the former (dismissed?) prime exponent of the Today Public Policy Institute to be given credit for intelligence.

Well, if he calls people ‘pseudo-political’, an arrant nonsense phrase if ever there was one, he can’t claim to be particularly intelligent, so I can call him a pseudo-thinker. If he doesn’t like it, well, he can bite me.

Daphne Caruana Galizia’s was, indeed, a ‘tragic death’, and Scicluna opens his apologia to all things Muscat by paying lip-service to the fact that it was not just a ‘death’. As always with people like him, however, he speedily spirals sewer-wards to the level of his political heroes and uses the usual code to lull the moronic into thinking (‘thinking’ is a big word, but let’s leave it there) that, ‘hey, she’s dead, let’s move on’.

I hesitate to compare this smug specimen to equally smug operators such as Helena Dalli, who blithely dismisses the concerns of European Parliamentarians (of all colours) and the world’s press as ‘misinformed and biased’, but there’s no option, If Ms Dalli feels insulted by this comparison, I offer my entirely insincere apologies.

I can’t apologise sincerely to someone like Ms Dalli, who giggles as she admits to having duped the electorate and has no compunctions in using ‘minorities’ for political ends while ignoring transgressors against these minorities provided they come from her side of the political spectrum.

Scicluna characterises the ‘disgraceful’ (according to him but no-one else with a brain) treatment of Joseph Calleja in London (not outside the Albert Hall, but perhaps Scicluna isn’t really that familiar with London after all) as the result of ‘the more articulate strata of Maltese society’ being able to afford the time and have the financial means to pull off political stunts.

The only thing that was disgraceful in connection with the treatment of Calleja (apart from the disgracefulness of his choice to sing at the PM’s passport-pimping supper) was the vile way Labour’s scum-brigade viciously targeted the demonstrators, another small matter which does not appear to concern Scicluna or, for that matter, Helena Dalli.

Scicluna charges boldly on (boldly sticking up for the people in power, that is) and denigrates us, the unrepresentative toffs, for not being vocal when people were busy raking it in pre-2013. He ignores the awkward fact that these ‘alleged’ miscreants were actually prosecuted (though conveniently, people like Owen Bonnici have provided them with quite a handy way to squirm out of their trials and tribulations) and chooses not to grasp the minor point that Muscat’s government is the one that is supposed to be bringing these people to justice.

Instead, there is evidence of back-passage deals with people like them.

But it is handy for Muscat to be able to use people like Scicluna to confuse the confusable by mumbling names of allegedly PN big beasts, so let’s gloss over that, shall we? The only ‘airbrush’ being deployed, in fact, is that which Scicluna is dutifully fondling in the throes of his craven coziness with the regime’s forma mentis.

And to put the cherry on the turd, Scicluna has the unmitigated gall to say that Caruana Galizia would have advocated full exposure of all tax avoiders ‘were she still alive’. Scicluna is – by the evidence of his own writing – unfit even to clear up after Daphne’s dogs, let alone tell us what she would or would not have advocated.

Let it be said clearly: it is not ‘these activists’ who have weakened ‘Maltese solidarity’ but hypocrites like Scicluna who have undermined people’s trust in well-founded institutions and the rule of law. I should point out that Scicluna uses these very words to achieve his purpose, which brings to light a very worrying trait of his.

He seems fully to have taken on board the elegant phrasing and subtle manner of Her Majesty’s Civil Service without bothering to adopt the intellectual and moral rigour that underpins the best of the mandarins’ policing of their political masters.

‘Many ordinary Maltese’, Scicluna may console himself, will agree that they are tired, as he is, of the whingeing and stunts of the activists, but I put it to you that this reflects badly, indeed very badly, on these ordinary people and on Scicluna, their self-appointed spokesman and Lord High Philosopher.

They are ‘tired of us’ because we prick their conscience, or what’s left of it.

They want to ‘move on’ because – to the extent that they actually do think – they know that even if only one person says something is wrong when it is, then the fact that mobs jump and prance and spew venom does not cleanse the wrong.

It remains wrong, however much Martin Scicluna and his like wish it would not.

Previous:If you’re elite, don’t read this
Next:Tell them I called you earlier