If you’re elite, don’t read this 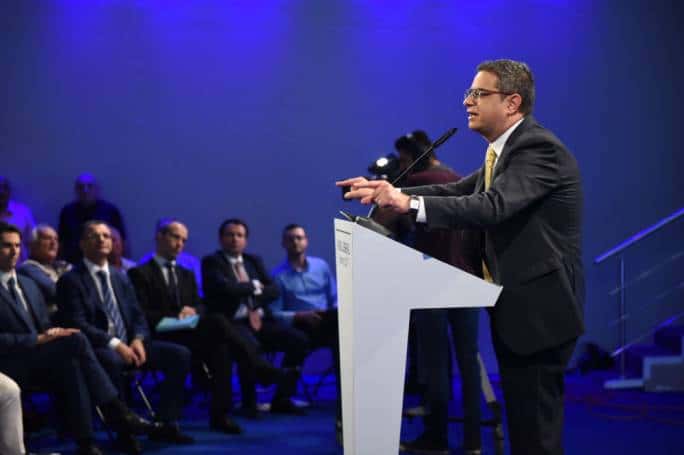 Adrian Delia told the world last Sunday the PN will no longer be a party of elitists. Let’s try to understand what that means.

Mark Anthony Falzon wrote last Sunday how Joseph Muscat tapped into the intuitive Labour mindset that perceives the protesters at the post-Daphne Caruana Galizia marches and vigils “shouting slogans in English” and aided by “foreigners” as ħamalli-bashing snobs.

Adrian Delia had chased that mindset since he first came on the scene, performing on stage an esoteric exorcism ritual to cleanse the party of a biċċa blogger and in macho working class hero rhetoric that would have worked wonders at Il-Maċina before that became an elitist hotel he started his campaign of transforming the PN into a counter-culture movement.

In the weeks leading to the Brexit referendum, Brexiteers warned people to ignore experts because expertise was over-rated and “the people” could decide for themselves without elites telling them what to do.

Donald Trump’s campaign trumped the Tea Party, itself a grass-roots movement intended to harness the “Washington elites” of the GOP.

But let’s stick close to home. In what way was the PN an elitist party? That’s not a rhetorical question. It is a necessary piece of information in order to understand the way the party is no longer to be and by inference figure out the way it will become.

Any attempt to answer that question is likely to be coloured by the hurt of someone who suspects may be unqualified to survive this proleterianisation of the PN. When it won majorities in 1981, 1987, 1992, 1998, 2003 and 2008 it can’t have been all that elitist, at least not to the extent of alienating more than half the population. When it defeated the forces opposing EU membership in 2003 it may have relied on expert advise but clearly not to the extent of failing to persuade a majority to support its cause.

In 2013 and 2017 the PN suffered considerable electoral losses. Does today’s PN feel it had done so because it was elitist? In which way had this been the case? Obviously we need to separate the years leading to 2013 from the years following it.

In the former set, were its strict development and construction rules, now far relaxed, elitist and therefore undesirable? Is the PN changing its view on planning and urban development?

In refusing to consider John Dalli’s great plans and to entertain the charms of Christian Kaelin and Ilham Aliyev was the PN elitist? Does the PN now think that passing on Henley’s help in exchange for a commitment to sell passports was elitist nearsightedness? Does the PN now think it should have promised the Azeris an energy deal before 2013?

After 2013 does the PN now think its former objections to corruption in politics was elitist? Was it elitist to demand Keith Schembri and Konrad Mizzi resign? Was it elitist to protest against the prime minister protecting his underlings caught red handed if not covering up his own rotten affairs?

Of course there’s the nagging detail that almost a year of useful time into his leadership term, a third of people who voted PN in 2017 continue to say they do not trust him. And practically everyone who voted Labour in 2017 says they do not trust him so not a single non-elitist anti-PN vote from 2017 has switched back since he too took aim at the hated elite.

Of course now that the PN is no longer the logical party of the elite, people who you might recognise for belonging in that category now find even less reasons to consider the PN as their home. For obviously we do not have much landed gentry here and millionaire tycoons are not in sufficient numbers to make a dent on electoral performance. Adrian Delia is not pissing on the predicament of barons of the aristocratic or the robber kind.

If anyone is an “elite” it’s graduates, people with a tertiary education and working in some profession or other: that ‘class’ that has been increased a hundredfold by PN policies that between 1987 and 2013 increased university numbers 15-fold.

For the first time ever the Labour Party leader enjoys the confidence of University graduates in greater number than the PN leader. Although more graduates told Malta Today last Sunday they intend to vote PN than graduates who told them they would vote Labour (an almost negligible distance), more graduates trust Joseph Muscat than Adrian Delia.

The PN’s war on the elite appears to be working already. Many of these people appear not to have needed Sunday’s categorical declaration the PN will no longer represent them. They appear to have figured it out for themselves already.

Does this help the PN in anyway? It would seem Adrian Delia is thinking of the broad church party he inherited as riven with class conflict. That like Mao’s Cultural Revolution he needs the ‘elite’ to be named, shamed and kicked out from the party to attract the much greater numbers it needs to win elections.

Will it work? Maybe.

Adrian Delia can continue to take comfort that no matter how alienated some of the supporters of his predecessors may be from his leadership, small parties still do not register on the surveys. They may not trust him but it doesn’t look like they’ve gone anywhere. For the time being.

He can also hope that some catastrophe might hit Labour without his help and that without sucking up to elites or going through the indignity of fighting corruption, the rot in Labour might make him lucky like Banquo’s optimistic interpretations of the witches’ forecast.

But then he needs to start pointing at the indicators of his own success. If he can do it without the hated elite, how will we know his strategy is working.

Surveys give us hints. But the real news will be a year from now at mid-term elections.

Will kicking out the elite give the PN a consolidated 3-seat contingent in the European Parliament and a majority of first preference votes cast?

Will dispensing of the snobs that have been dragging the PN down secure the party majorities in the battleground localities of Siġġiewi, Mosta, Nadur, San Pawl il-Baħar and Valletta?

How will the non-elite supporters of the new populist PN know that their new strategy is popular enough to save the party from its snobbish ways and take to its promised great, populist tomorrow?