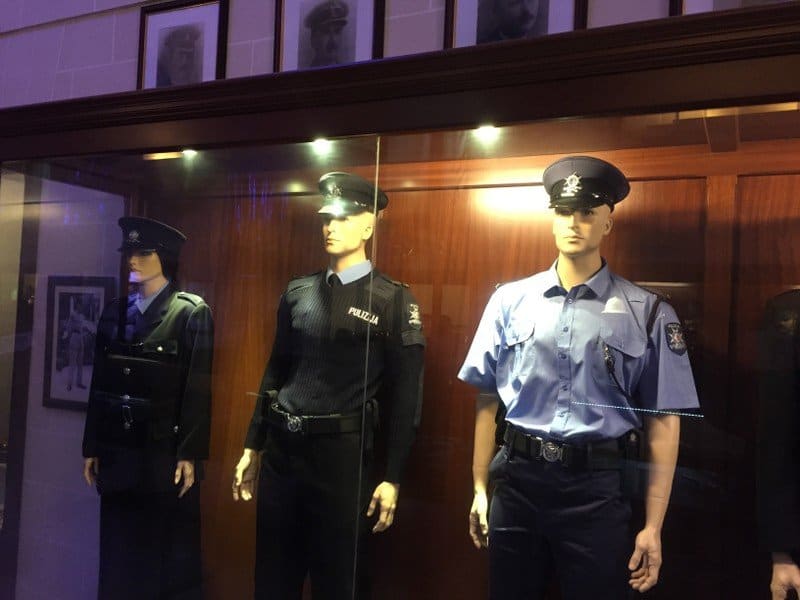 Political parties should sometimes be reminded that with the electioneering, cavorting with construction magnates, coffee mornings and trips to Azerbaijan, they also need to come up with policies for improved governance of this country. They don’t need to wait for crises to overwhelm us before they realise they need do something about them. They are supposed to have the vision to anticipate challenges before any of the rest of us do.

But it seems to me that folded in the rhetoric, the predictable retorts and the tiring platitudes, there isn’t much policy innovation happening anywhere.

I would be very grateful to hear what the thinking is about the future of policing and law enforcement. This would be a good time for both parties to be reassuring the public that under their watch the current breakdown in public confidence can be healed.

It is true that Lawrence Cutajar takes comfort in the praise of his cousin who works for the breezy Chris Cardona. And his senior staff is propped up by the protection of Joseph Muscat to whom they report and by the media he owns.

But surely our police force should aspire for more. It should wish for and work for an environment where whatever the political disagreements, the public trusts the police to act without the need of political ignition, unburdened by political loyalties, and effective in their action.

Policing in our community needs some serious examination.

People cannot understand why on several politically sensitive matters the police waited for the cue given to them to move by the prime minister. The scene of Lawrence Cutajar saying in April last year there was nothing to investigate with respect to Egrant only to jump to attention after the prime minister reversed the line to take later that evening shows the police had that day lost any sense of objectivity.

A less dramatic but equally consequential example is the Electrogas leak. Electrogas complains to the police that someone leaked information from their servers and the police rush to investigate. The leaks themselves strongly indicate corruption involving a health and safety regulator and the relevant authority starts “an inquiry” while the police watch from the same distance you and I are.

People cannot understand how the police seriously expect to see through the mountains of paperwork companies set up here file to detect whether any of them are laundering money. Capacity appears hopelessly thin and the skills set in the police corps amounts to no more than bows and arrows against lightning. Banks, funds, and companies are equipped with armies of lawyers and accountants setting up elaborate structures designed to escape detection. And against this the police force, equipped with its single accountant, is supposed to provide our front line in fighting crime.

People cannot understand how our Italian neighbours repeatedly warn us of mafia activity and we barely seem to notice. If you leave aside suspicions of collusion or corruption it was embarrassing to read the Maltese authorities’ response to questions by Italian journalists confronting them with evidence of fuel trafficking right under their noses. “We did not know”.

This is not a uniquely Maltese problem. I was invited a few days ago to a conference in Milan. The conference also brought together experts on Mafia matters from all over Europe. And all those working outside Italy speak of their frustration in not managing to persuade police forces where they work – England, Spain, Denmark, Germany – that they’re dealing with a mafia.

People like us do not recognise the mafia when we see it. We just see businessmen in sharp suits, with a refined taste for sipping absurdly strong coffee standing up, genial conversation and enormous resources of dubious provenance. They have fooled us many times and when they are caught in Italy we find we do not have the laws or the skills to nab them here.

Perhaps we should start exploring specific anti-mafia laws, defining as crimes the association and the facilitation of mafia activity, and specific police powers to act in these circumstances.

Perhaps we should start working with our European partners to strengthen European law enforcement to clamp down on international criminals that use us as piggy banks.

People do not understand that after so many episodes where the duality has become untenable, no one is reviving serious proposals to separate the role of state prosecutor from the role of government’s counsel.

People do not understand why an inquiring magistrate in whom so much hope is set in store to get close to the truth when, say, the police are reluctant to find it, should still depend on the police who are simply not under the magistrate’s authority to act in any meaningful way.

At least in matters where people in the other branches of government are suspected of crimes – obviously corruption and laundering of proceeds from it come first to mind – we should perhaps consider reviving the notion of judicial police acting under the authority of the judiciary rather than the executive with the key task of keeping the executive in check.

People do not understand why the government appears to have the secret capability of not only monitoring criminals or suspected criminals but also dissidents and political opponents. Oversight of security service activities is sparse and not even the police force itself is trusted to gather its own intelligence but is forced to rely on a faceless agency. Under normal circumstances that may be understandable. But when incumbent politicians are under suspicion a secret security apparatus in their hands is a dangerous tool indeed.

People do not understand why we have an apparently entirely dysfunctional whistle-blower protection program that appears to be useful only for historical research into the failures of previous PN governments. Like the poor lamb taken up the mountain to be shown where it could graze only to be dragged down again for its timely appointment at the abattoir, the false sense of security of whistle-blower legislation is a mortal trap and a maddening barrier to the truth, when the truth is known beforehand by the people who decide who is to be protected and who is not, not to be in their interest.

People do not understand why it would seem we do not even try anymore to carry our responsibilities for what happens on the waters we claim to be our own. We seem to think that we can still claim our rights on the seabed if there’s money to be made beyond our horizons, even as we ignore the trafficking of people, of fuels, of arms and of drugs occurring where we don’t want to look.

And in any case even if we don’t look upon the crimes happening in the wet wilderness of the open ocean, criminals come on shore to shoot each other out of business. A dozen bombings and shootings in a handful of years ricochet right around our ears.

But who’s doing anything about it?

People cannot understand why all this is allowed to happen. Must we suspect our political class is tainted by these crimes; that our police force is clueless or worse; that our civil servants are on the take; that there are crooks everywhere you look?

There is plenty of room for a law and order political agenda in this country because law and order are indeed in serious jeopardy. Not because of Bulgarian nurses or Somali kitchen hands. Going all xenophobe is counter-productive, ineffective, destructive and unfair.

We need to look at the sharp suited businessman with a proclivity for strong coffee and get serious about saying no to the mafia.