When writing about the conservation of Dom Mintoff’s “modernist traditional” Ħal Tarxien villa yesterday I thought we can take some comfort that his house will stay on while everything around will be converted into the bog standard apartment blocks that are covering the country.

Not quite as it turns out. 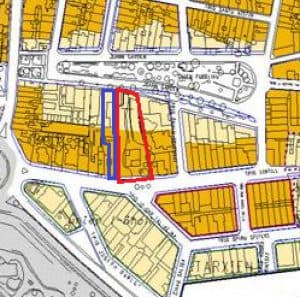 On this map Dom Mintoff’s villa is etched in red. An application was filed to redevelop the plot next door (etched in blue).

I looked at the case officer’s report on the application and the proposed development is found to be entirely kosher, strictly compliant with all policies for the neighbourhood in terms of height, alignment, views from the street, whatever.

After ticking all the boxes, the case officer finds a snag: not in the policies, not in the laws, not in the guidelines, but in what the dead next door neighbour might make of this.

This is from the case officer’s report: “The development as being proposed will create an additional extensive blank party wall overlooking a site  currently  being  assessed  (my emphasis) for  its  scheduling,  on  both historical  and  architectural  merits,  as indicated by the PA’s internal Heritage Planning Unit (HPU). The HPU also noted that any proposal adjacent to the site subject for scheduling, has to be considered within this scenario in order not to prejudice its outcome. In view of this, the proposed development would conflict with Thematic Objective 8 of the Strategic Plan for Environment and Development which aims for the safeguarding and enhancement of cultural heritage.”

For the gentiles the Heritage Planning Unit is an internal unit at the Planning Authority and distinct and different from the Superintendent of Cultural Heritage, an independent regulator set up by law.

So in this case, although a planning application was compliant with all written laws and regulations, a twinkle in the eyes of someone at HPU which no one outside the planning authority could have known about, is blocking it just in case the next door property might need its views protected.

The only way the application to develop next door can be refused is if it suddenly finds itself next door to scheduled property. And not just any scheduling. It had to be scheduled to Grade 1 to diffuse any possible argument in defence of the application. It would be quite literally like arguing for building these apartments next door to St John’s Co-Cathedral.

And nothing is left to chance. The application for these Xintill Street apartments will not be heard by an ordinary Planning Commission as would be normal procedure but has been “undelegated” to have it discussed by the plenary session of the PA Board that would normally limit itself to review major projects.

This too gives us some comfort. It is not true that the ‘business friendliness’ of the government and today’s planners stops at nothing and is a blanket open door to the ever-growing appetite for construction anywhere and any way. Their open door policy does not stop at the perimeter of the development zone, or at restrictions to limit dust, noise, congestion, and over-development, or at the door of buildings of genuine historical value.

But they do draw the line around the house Dom Mintoff lived in.

There’s something deeply disturbing about a government that improvises rules to block someone from doing something which was perfectly legal the day before, not because the government has found some policy gap but because of purely personal, subjective considerations. It is the flip side of the same collapse of rule of law that allows government to ignore its own rules when doing so is to some personal, subjective advantage. 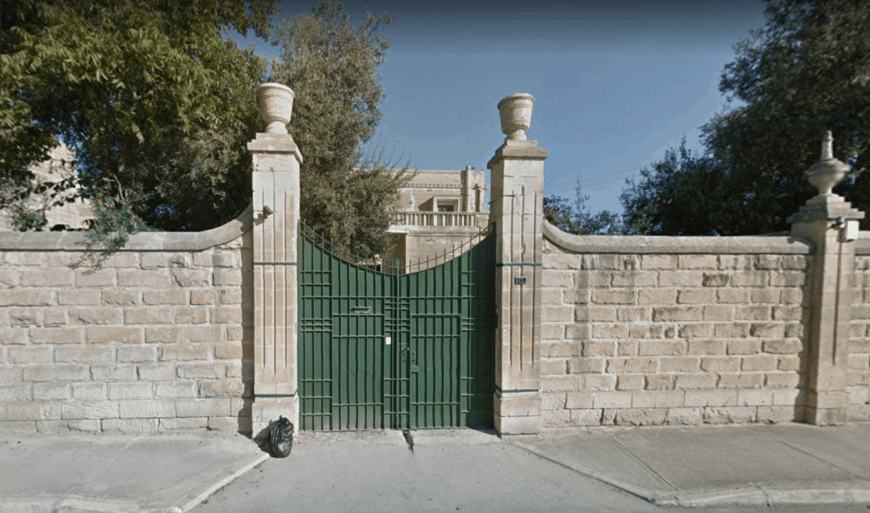