The Gaming Authority’s reply to the Investigative Reporting Project (Italy)’s report on mafia infiltration into Malta’s gaming industry (carried by La Repubblica and the Times of Malta) was written by two authors. At least that’s my analysis of the clashing style that is immediately noticeable in their statement even on a first reading.

The later paragraphs of the statement were written by someone who works at the authority. They were not happy with the report because it cast a dark shadow on the reputation of the industry that every day they seek to safeguard from just this damaging stuff. They work diligently, have no interest in covering up for crime and are frustrated that they have on occasion been unable to nip problems in the bud.

Here are some choice quotes written by that in-house author: “If detection and prosecution of organised crime was easy, it would not exist in the first place.

“In certain cases, information and resources (such as in-depth intelligence into the activities of organised crime, or resources such as phone tapping) available to Italian law enforcement and anti-organised crime police is not necessarily readily available to gambling regulators, whether Maltese or otherwise. The MGA takes lessons learnt on board, and sees its role also fulfilled when another regulator or law enforcement agency provides actionable information.”

That’s reasonable. Look, we’re not perfect and sometimes organised crime has beaten us. Also we’re not quite as resourced as Italian law enforcement agencies and we’d appreciate a leg up sometimes instead of just complaints.

I can go with that.

Then there’s the other author of the statement who put in their revisions without removing contradictions. The author comes from outside MGA, likely the OPM, and their fierce pen went on the top of the MGA’s first version of the statement. “The MGA objects to the articles in question which contain factual inaccuracies, speculation, untruths and a misleading portrayal of the Malta Gaming Authority and the way it operates. The latest published articles refer to rehashed stories on which enforcement action has already been taken accordingly by the MGA.”

“Rehashed” gives them away. The usual stone-walling ‘there’s nothing to see here’ retort of deny, deny, deny. These are all lies written by journalists from countries that are jealous of Malta’s success.

That sort of response misses the opportunity for the MGA to acknowledge its weaknesses, confront them and open up to opportunities to step up the fight against organised crime. But someone further up does not want it to fight organised crime. They want it to deny organised crime exists. For them silence is the best way to deal with the Mafia. Except of course, as the famous saying goes, Silence is Mafia.

There is one crucial statement that survives from the original version of the MGA statement: “The MGA does not normally receive cooperation requests from Italian authorities other than its counterpart gambling regulator in Italy. Requests from law enforcement or financial intelligence units are sent to the corresponding authorities in Malta.”

Do you see what they’re doing here? The MGA is pointing out that it is only alerted of situations where laws it governs (that is the regulation of a licensed gaming business) are believed to have been breached. But the Italian security services or the police or the Guardia di Finanza are not likely to call them to discuss money laundering or organised crime activities. They would call their counterpart agencies: Malta’s police, security services and anti-money laundering agencies.

The ‘gaming’ component of these crimes is just the tool the mafia uses. But the crimes per se are largely outside the scope of the MGA. The MGA can shut down a licensed operator if they are found to breach a license say by using it for criminal intent. But the criminal activity itself can only be fought, restrained and prosecuted by the law enforcement agencies with the power and responsibility to do so.

Here we have someone at MGA making a plea for us to pick up. Don’t pick on us for this ugly and damaging story about Malta’s gaming industry problems with organised crime. Why not challenge the law enforcement agencies who have the job to actually do something about this?

But Michael Farrugia is not going to be making a statement about this, is he?

Back to the revising drafter of the MGA statement: “The MGA takes exception to the claim that ‘Gaming Companies threatened to leave Malta if it failed to clean up the sector’. These claims are completely false and solely intended to tarnish the reputation of the Maltese Jurisdiction.”

No one working at the MGA would have written that statement. Because when making a statement seeking to insist that to the best of their ability they are honest and sincere in their fight against crime, they would never write such a bare faced lie. Like IRPI I too have spoken to operators in the gaming industry, who have told me they have themselves had that conversation with the MGA: ‘clean out the mafia or we’re out of Malta’.

It is the blanket denial of something industry operators know directly to be true, that damages our jurisdiction. Gaming industry insiders in Malta believe they are by and large dealing with upstanding and honest civil servants at the MGA. But that is all pointless when they see that someone on top of them can force them to lie without blinking. 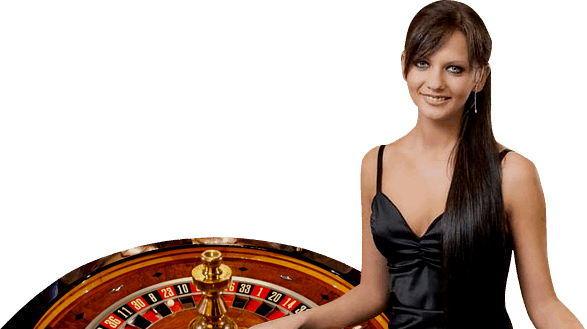