The presentation of evidence against the three alleged hired assassins who killed Daphne Caruana Galizia, risks becoming a courtroom drama in the let’s-watch-this-because-it’s-fun sort of way.

In all honesty the maddening delaying tactics of the defence team entertain no one but we would all do better to be circumspect about commenting on creative lawyerly use of procedures lest we are accused of having suggested the presumption of guilt.

But the case for the prosecution is capably presented and the team must have been eager to wheel in the FBI and Europol experts who delivered compelling presentations on how they got to the persons accused of carrying out this assassination.

Fascinating as the expert’s testimony was it was not done for our entertainment. Their revelations shed light on the murderous intent of the people who determined when the life of a journalist would end. And how it would end.

The FBI agents testified on the work they did to trace the history of the mobile phones that are components in the murder weapon the hot end of which was the bomb that killed Daphne Caruana Galizia.

These were phones that transacted the electronic signals that at around 3pm of the 16th of October of last year would detonate the bomb.

One of those devices was destroyed with all the rest that was in the car that Daphne was driving. But not all other devices went out of business that minute.

Some devices remained in the pockets of the executioners. At least one device remained in operation until the day of the arrest of its owner last December.

That device was being monitored by the Malta Security Services. It had been under their watch for weeks before the assassination, since some time that summer. And it was under the MSS’s watch right up to the 5th of December.

By all accounts the FBI’s location investigation surveyed the months, weeks, days, hours and minutes leading up to 3pm on the 16th of October.

As far as can be ascertained, data the MSS had about what happened after that time was not shared with the FBI and excluded from their brief. 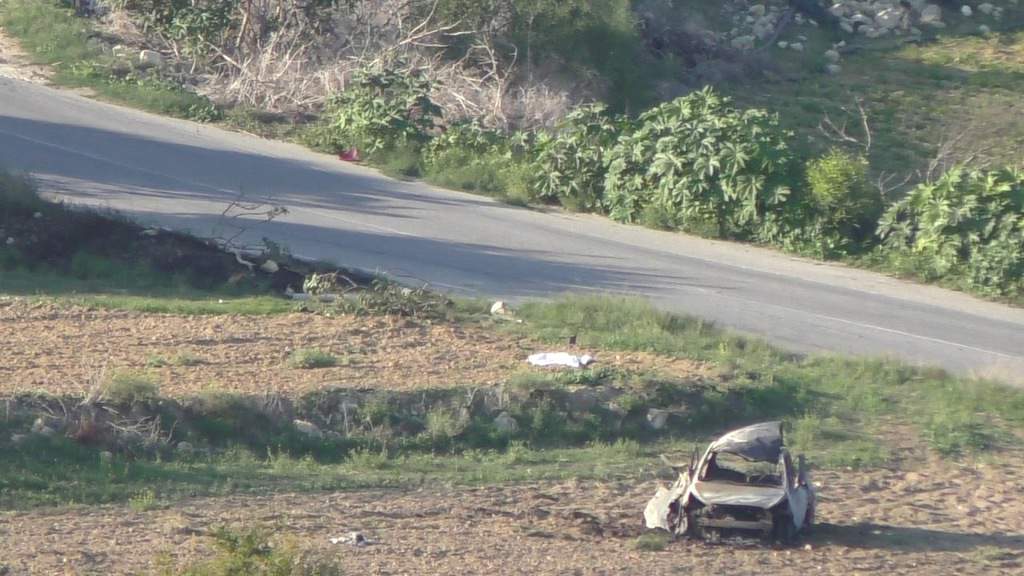 Previous:You may have seen this before
Next:Likely new Italian prime minister says he lectured in Malta. Malta University says “it has no record”