You may have seen this before

One of the fascinating controversies that this blog had on its discussion boards was whether it is appropriate to make comparisons between the current state of play in Malta and the rise of fascist politics in Europe less than a century ago.

I came across a Reddit discussion just this morning that was debating my public statements about the DDoS attack on this website and one valid argument on the sceptical side (which I’ve seen made in other places too) was that my website is too little read, too uninteresting, too far out in the fringe for anyone to bother trying to shut it down. The fact that someone did is beside the point.

And someone in that Reddit discussion said they had been shown an article where I compared intimidators and trolls with ‘brown shirts’. The commentator found the comparison too ridiculous for words. Others found it offensive and said so writing on the comments board that the comparisons with historical fascism are so stretched as to be useless or worse.

Then there was a guest piece by Ryan Murdock who argued how the use of disgust when speaking of ‘enemies’ of the Labour Party has led and could lead to violence, comparing it with the use of disgust in Nazi propaganda against the Jews.

Again there was an enormous backlash to that with some people arguing the comparison is insulting to the victims of the Shoah who suffered more than anyone in the history of humanity.

No doubt they have.

But, I argue, the victims of the Shoah would warn us not to make the mistake to think that what was unprecedented cannot be repeatable. I am not foreseeing death camps and mass executions. That, as the opponents of the argument are right to say, would be a gross and baseless exaggeration.

Mass murder on an industrial scale is not the inevitable end of fascism. However nor is it its only evil. There are lesser evils that certainly are pale in relative insignificance but are in and of themselves lessons we would be entirely mistaken not to learn from.

I would argue then that the victims of the Shoah would warn us not to make the mistake of not learning the lessons from their experience before their cruel end. That experience was cruel, and gradual, and evil. And it was repeatable especially since it occurs on the back of subtlety and subterfuge, of deceptively simple argument, of broad support and enthusiasm, and of many of the signals that are now all around us.

The greatest trick the devil ever pulled was convincing the world he didn’t exist.

John Vassallo wrote this Sunday about that greatest trick. Mussolini called it plucking the chicken.

Through John Vassallo’s writing you see the pain in the wizened and tired eyes of a man who wishes he had not read so much history. 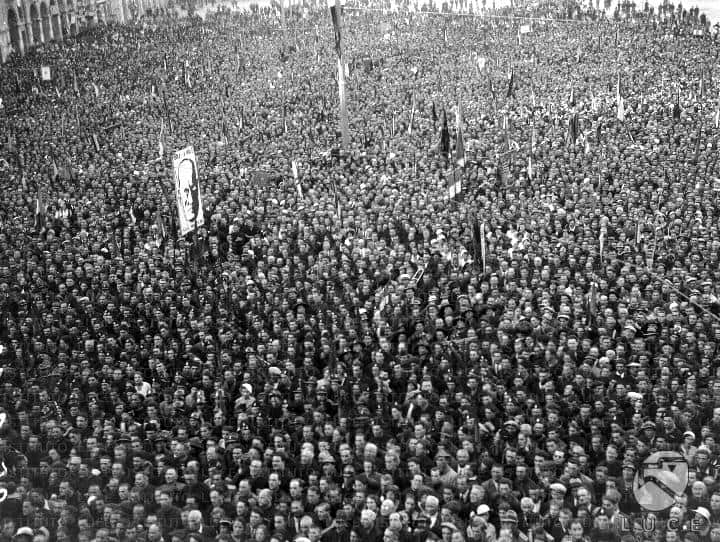