Joseph Muscat and his gang are hiding behind magisterial inquiries to assure the world allegations of crimes they are involved in are being investigated and if there’s anything to the allegations, prosecution would follow. Nothing could be further from the truth.

In Malta Magistrates do not do police work. They are not detectives. They do not investigate crimes. Nor do they prosecute them.

Readers outside of Malta might confuse the term ‘Magisterial inquiry’ with the judicial processes in places like Italy where Magistrates have the power and the responsibility to investigate and prosecute crime. We don’t have that here.

Only the police can investigate crimes. Only the attorney general can prosecute crime.

Evidence compiled by Magistrates can be used by the police or the attorney general. The Magistrate’s suggestions may be useful to them. But Magistrates have no executive power to act themselves on the basis of their findings.

Simon Busuttil used a never-before-used provision in the criminal code that was introduced in 2002 that gives some form of recourse to every citizen of the country to challenge the police in court for failing to act on a crime they believe has occurred and that would be punished by at least three years in prison should there be a conviction.

Simon Busuttil challenged the police for not investigating the findings of the Panama Papers. The court agreed with that challenge but that decision is stuck in court after Joseph Muscat and his gang personally appealed against a court decision ordering the police to investigate them.

I don’t know how to say this clearer: there has been and there is no ongoing criminal investigation into the findings of the Panama Papers. Whatever you’ve been told, whatever you may believe, every day since that story broke two years ago has been a day of impunity.

The logic of the artful dodger is to say in his defence that no allegation made against him has ever been proven in a court of law. That’s like telling his daughters that no man yet born is suitable to marry them so they should go look for him. 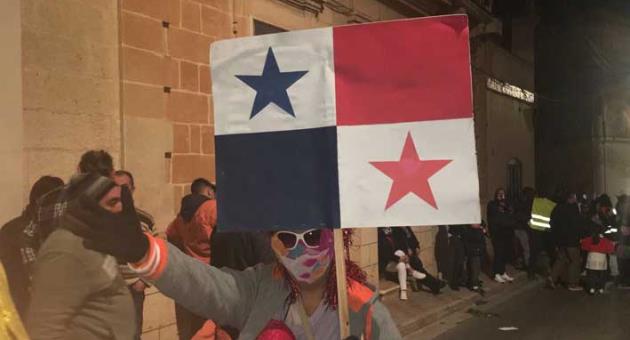 Previous:This is how whistleblowers should be protected
Next:Karl Cini reminds his clients they must tell the government what companies they own