The talk that Malta Today reports on that Magistrate Anthony Vella is on the short list for promotion to judgeship reached me as well. You never know if these snippets of chatter are coming from the same sources and you can never be sure of their accuracy because at this stage these would be ideas inside the minister’s head.

And you can never know how serious the minister’s intentions are.

I could write about how tongues wagged the moment the victim’s family said they respected Magistrate Anthony Vella. Not one of the many who were happy to see Daphne Caruana Galizia blown to bits could have been happy that her family could have any hope justice would be served.

I could write about the visible anger at the Magistrate’s decision not to close the file on the murder inquiry when the police arraigned the three men alleged to have been the hired assassins in the case. Instead he decided to keep the file open, giving us the hope that we might find who commissioned the assassination.

I could write about how Magistrate Anthony Vella’s judgement was unfairly questioned by opportunistic proponents and willing exponents of the missing-laptop-conspiracy. About how his colleague Magistrate Consuelo Scerri Herrera and how Labour lawyer Paul Lia argued in the Commission for the Administration of Justice that Magistrate Anthony Vella ought to be somehow chastised for this.

No one was surprised that this eminently spurious argument later found its way into the arguments of the defence for the alleged hired assassins.

I could write about how the promotion of Magistrate Anthony Vella could serve the interests of those who want this file closed and dusted off and justice frustrated.   Replacing him with some other Magistrate perhaps less willing to dig deeper into the case might be another idea fermenting inside the minister’s brain.

I could write about the callousness of publicly dangling the prospect of a promotion, even one well deserved, in order to ensure that no-one would suggest denying it simply because the Magistrate is handling one of the most crucial cases of recent history.

But I won’t write about any of that.

Instead I will write about the anti-democratic and unconstitutional pressures the executive, especially in its current incarnation, is prepared to wield over our judiciary.

The prospect of promotion and the threat of being passed over are hung like carrots and brandished like sticks in the direction of members of the judiciary entrusted to make decisions that affect people in power in the executive branch.

Our judiciary, in this context, is only as independent as the executive allows it to be.  In the present circumstances this same executive is extremely motivated to restrict that independence. The judiciary is probably the only bastion against creeping oppression left to the common citizen: it is no coincidence that the memorial to Daphne Caruana Galizia is in front of the Courts of Justice.

Justice may eventually be done, but the danger that it will not be, and the certainty that it will not be seen to be done, as a consequence of the Labour Government’s willingness to distract, undermine and generally seek to block it, is clear and present.

The situation remains unchanged: there are crooks all around us. 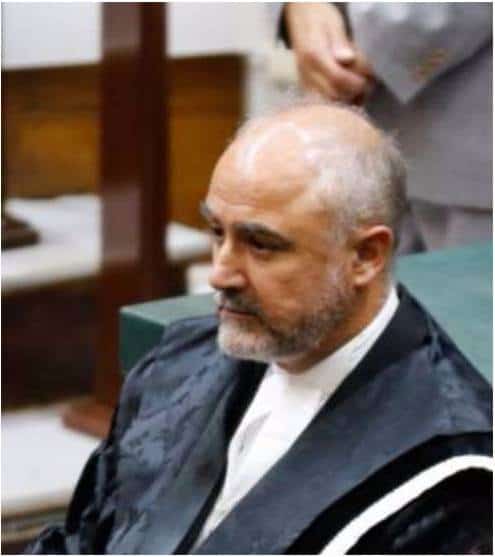 Previous:Idiot’s guides to what’s happening around you
Next:The naked truth